The Kenyan government has begun issuing formal citizenship documents to members of the Shona community, the first step in recognizing the people who have lived in the country for years without recognition.

The government earlier this week issued the first batch of birth certificates to 600 children from the community, raising hopes that its members will now officially be recognised as Kenyans.

The Shona community in Kenya is estimated to have around 3,500 members.

The community’s forefathers are believed to have migrated to the East African country from the southern part of Africa in the 1960s.

Most of the members alive now were born in the country, but their quest to obtain citizenship documents have been in vain until now.

The move to provide citizenship documents to the Shona, now makes it Kenya’s 44th tribe.

The 43rd tribe (Makonde) was formally recognised by the current President Uhuru Kenyatta in February 2017 after years of living in the country without documentation.

Upon completion of the documentation process for the Shona people, they will be eligible to participate in national matters, including elections.

Kenya is one of Africa’s most ethnic diverse African nations, now boasting of 44 tribes. With this in mind, the country has legislation in place of recognising all the ethnic groups equally.

Some ethnic tribes have however seen a decline in their members over the years, prompting initiatives to ensure their survival and the passing on of their cultures to future generations. 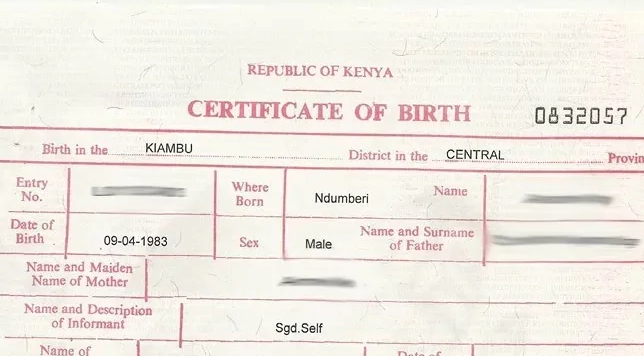 The Kenyan government has begun issuing birth certificates to members of the Shona community.

The Kenyan government has begun issuing birth certificates to members of the Shona community.