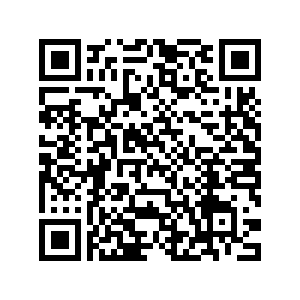 Zimbabwean President Emmerson Mnangagwa has paid tribute to countries outside the African continent for standing by Zimbabwe as it undergoes political and economic transformation.

In a state of the nation address Friday night to mark his first elective year in office, Mnangagwa said Zimbabwe will remain eternally grateful to the countries for the support.

“We remain eternally grateful to all those nations outside the African Union which have stood by us through thick and thin, principally the People’s Republic of China, Russia, India, Belarus, Spain and Brazil. We never take their support for granted,” Mnangagwa said.

He said as his government continues to engage and re-engage the world, he will visit Russia in October this year, the second such visit in a year.

He also said through the re-engagement efforts, Zimbabwe was now enjoying warm relations with Western countries that had remained hostile to it over the past two decades.

He said the ultimate goal was the complete removal of punitive Western sanctions on Zimbabwe.

He commended the political, economic and legislative reforms his government has undertaken over the past year to improve democratic space in the country.

He pledged to bring about a durable democratic dispensation under his new government.

“As I address you, bad laws are being repealed, and are set to be replaced by good ones which comply with our celebrated Constitution and international tenets of good governance. No piece of legislation which is deemed offensive, restrictive, or undemocratic will be spared,” he said.

Among the laws facing repeal and replacement include the Public Order and Security Act and the Access to Information and Protection of Privacy Act, blamed by the civic society and opposition for stifling fundamental freedoms and liberties of Zimbabwean citizens.

On the economic front, the president said painful but necessary reforms had been undertaken over the past year, the major highlight being the scrapping of the multiple currency regime that had been in place since 2009, and the re-introduction of the Zimbabwe dollar.

“Through this key reform, and the operationalization of open market in all spheres, we have geared our economy for a major transformation underpinned by greater efficiencies, fair value and secure property rights,” he said.

He urged the nation to remain patient with the reforms, saying while the beginning may be painful, the medium to long run will deliver durable jobs, economic stability, growth and development.