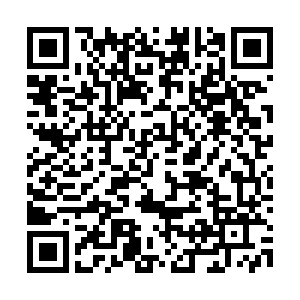 Kit Harington has revealed that he was disappointed his character, Jon Snow, did not kill the Night King in the multi-award winning series Game of Thrones.

Jon Snow was one of the main characters in the show, and was given a major part of the script which would lead to the killing of the Night King. While he took the lead in mobilizing opposing factions to fight the Night Walkers, his sister Arya Stark (played by Maisie Williams) was the surprise hero.

“I was a bit p****d off, only because I wanted to kill the Night King!” Harington said.

“I think I felt like everyone else did, in that it had been set up for a long time, and then I didn’t get to do it. But I was so happy for Maisie and Arya. I was secretly like, ‘I wanted to do that!”he added.

Harrington also went on to reveal his hate for his dragon-riding scenes for the final season of the show.

“I was on the back of that buck [the rig used for filming the scenes] for longer than we filmed the entire ‘Battle of the B*****ds’,” he said.

“Emilia (who played Daenerys Targaryen) had been moaning about it for seasons, and I was like, ‘Yeah, yeah, yeah. Whatever. You have not been through the mud in Northern Ireland. A buck in a nice warm room? Boo hoo’.

“But she was absolutely right. It was horrific. It’s not acting at all. It is not acting, it never will be acting, and it is not what I’d signed up for… It is very uncomfortable as a man,” Snow added.

Meanwhile, author George RR Martin, who wrote the original Song of Ice And Fire books that inspired the Game of Thrones show, has also been speaking out about the final series.

In an interview with The Observer, RR Martin said the show had affected his writing, as he is yet to publish the final two books of the series.

“I don’t think it was very good for me, because the very thing that should have speeded me up actually slowed me down,” he said.

He however expressed delight that the TV series had concluded, saying he would henceforth finish his writing without any timeline pressures.

“Having the show finish is freeing, because I’m at my own pace now. I have good days and I have bad days and the stress is far less, although it’s still there,” he said.

The now world-renowned writer also revealed that the show had propelled him into stardom, and that his life had been affected by that.

He said he is no longer bale to visit places he loved without being recognised by people around him.

“I can’t go into a bookstore any more, and that used to be my favourite thing to do in the world. To go in and wander from stack to stack, take down some books, read a little, leave with a big stack of things I’d never heard of when I came in. Now when I go to a bookstore, I get recognised within 10 minutes and then there’s a crowd around me. So you gain a lot but you also lose things,” he said.

RR Martin did not give any timelines on when he would publish the last two books of his series.