At least 90 killed in increased fighting in southern Libya
CGTN 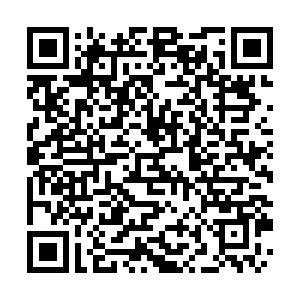 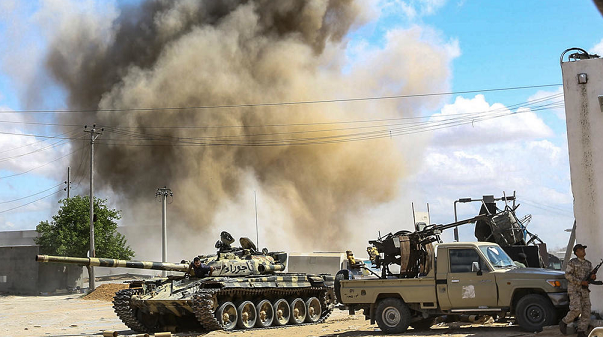 According to IOM 9,450 people have been displaced by the violence in and around Murzuq since the beginning of August. [Photo courtesy: AFP]

According to IOM 9,450 people have been displaced by the violence in and around Murzuq since the beginning of August. [Photo courtesy: AFP]

Increased clashes in southern Libya have left at least 90 people dead and displaced thousands of others, the United Nations said on Tuesday.

“Casualties on all sides of the fighting have continued as a result of airstrikes by planes and drones, indiscriminate rocket attacks and shelling, and direct fighting on the ground.” said Jens Laerke, spokesperson for the Office for the Coordination of Humanitarian Affairs (OCHA).

The latest clashes involved air and drone attacks in the southern Murzuq town, and fears remain rife that more strikes could be conducted in the coming days.

Libya has been beset by increased fighting since the beginning of the year, pitting forces loyal to Libyan National Army (LNA) of commander Khalifa Haftar against GNA forces allied to UN-recognized Prime Minister Fayez al-Sarra.

Overally, the North African country has been dogged by violence since 2011, following the ouster and death of former president Muammar Gaddafi.

The war has killed thousands and displaced millions as militant groups and human trafficking cells seek to impose their command in various regions across the country.

The U.N. has led calls for dialogue between the warring factions in order to stop the war and put the country on a recovery path.

The heightened violence since the beginning of 2019 has also led to increased displacements, especially in the southern region.

According to the UN migration agency, IOM, 9,450 people have been displaced by the violence in and around Murzuq since the beginning of August.

“Most families previously displaced within neighborhoods of Murzuq City have also left the town to nearby communities.” an IOM statement read. Reported displacements include around 300 migrants from Niger, Chad and Nigeria.

OCHA spokesperson Jens Laerke urged the fighting factions to “allow people to leave if they so wish, so they can reach a place where they can be assisted, and of course to spare civilians and civilian infrastructure in the first place, according to international humanitarian law.”