The re-establishment of relationship serves important meanings in this special time period – three days ahead of the 70th anniversary of the founding of the People's Republic of China – Wang said, vowing to develop the ties under the principle of mutual respect, objectivity and win-win cooperation.

Although far away from each other, China and Kiribati share the same missions of bettering people's livelihoods and developing economies, Wang pointed out. Also, on behalf of his country, Wang said that China will assist the Pacific island country as much as possible.

The Chinese foreign minister and Mamau, also Kiribati's foreign minister, signed the joint communique regarding the re-establishment of diplomatic relations between the People's Republic of China and the Republic of Kiribati at the Chinese Permanent Mission to the United Nations in New York. 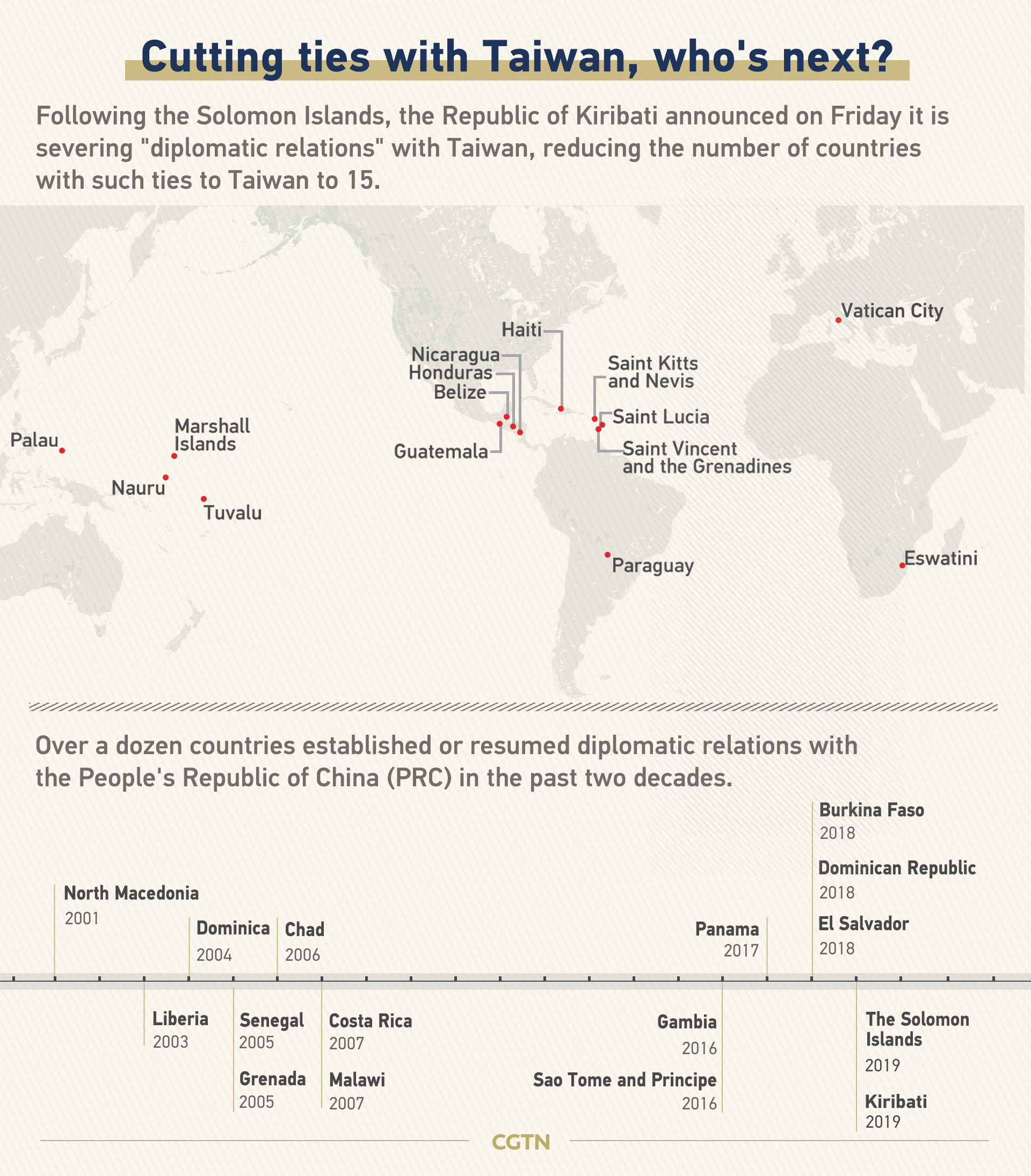 The main content of the communique is as follows:

– The People's Republic of China and the Republic of Kiribati, in accordance with the interests and aspirations of their two peoples, have decided to restore diplomatic relations at the ambassadorial level.

– The two governments have agreed to develop friendly relations between the two countries on the basis of mutual respect for sovereignty and territorial integrity, mutual non-aggression, non-interference in each other's internal affairs, equality and mutual benefit, and peaceful coexistence.

The Kiribati government immediately severed "diplomatic relations" with Taiwan and promised not to have any official relations and not to conduct any official exchanges with Taiwan. China highly appreciates the decision of the government of Kiribati.

Chinese Foreign Ministry spokesperson Geng Shuang reiterated on Saturday that recognizing the one-China principle meets the shared aspiration of the people and constitutes an irresistible trend of the times.

China supports and appreciates the decision of the Kiribati's government, Geng said, adding that China looks forward to enhancing cooperation and friendly exchanges with Kiribati on the basis of the one-China principle and the Five Principles of Peaceful Co-existence in the near future.