CAF set to unveil African Player of the Year
CGTN 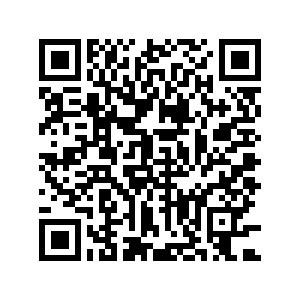 CAF will announce the 2019 African Player of the Year on January 7 in Cairo, Egypt.

CAF will announce the 2019 African Player of the Year on January 7 in Cairo, Egypt.

The Confederation of African Football is scheduled to unveil the continent's best footballer on Tuesday in a ceremony in Egypt.

Liverpool's duo of Mohamed Salah and Sadio Mane are lined up alongside Manchester City's Riyad Mahrez in the final list of nominees of the 2019 African Player of the Year award.

Salah was crowned the continent's top footballer in 2017 and 2018 while Mahrez won it in 2016. Mane on the other hand finished second in the last two years, coming third in 2016.

The Senegalese forward helped Liverpool to glory in the UEFA Champions League, European Super Cup and Club World Cup. He also led the Teranga Lions to a second-place finish at the 2019 Africa Cup of Nations. Mane also finished last season as joint Premier League top scorer with 22 goals alongside Salah and Pierre-Emerick Aubameyang, in an all African affair.

Salah on the other hand won the same trophies as Mane, but saw his side crush out of the Round of 16.

Mahrez meanwhile was part of the Manchester City team that won the Premier League title, and he also let Algeria to the 2019 Africa Cup of Nations where they beat Mane's Senegal in the final.

CAF will announce the winner of the coveted award tomorrow, January 7 in Cairo, Egypt.

Should Salah win it, he would become only the third player in history to do so three times after Cameroonian legend Samuel Eto'o and Cote d'Ivoire's Yaya Toure.

A win for Mahrez will take his tally to two but a win for Mane would be his maiden.