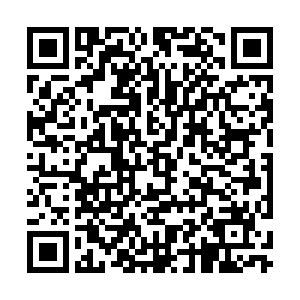 Prior to his win, Sadio Mane had finished second in the last two years, coming third in 2016./ Photo: CAF – Twitter

Prior to his win, Sadio Mane had finished second in the last two years, coming third in 2016./ Photo: CAF – Twitter

Mane was announced winner of the coveted title in Cairo, Egypt, on Tuesday in a ceremony attended by top football officials and legends including FIFA President Gianni Infantino and CAF's Ahmad Ahmad.

"Congratulations to Sadio for his trophy well deserved… and sorry I couldn't come but I had to start scoring for the 2020 trophy. See you next year inch' Allah." Mahrez wrote on Twitter.

Mane was in contention for the African Player of the Year Award against Mahrez and fellow Liverpool forward Mohamed Salah.

The Senegalese forward helped Liverpool to glory in the UEFA Champions League, European Super Cup and Club World Cup. He also led the Teranga Lions to a second-place finish at the 2019 Africa Cup of Nations. Mane also finished last season as joint Premier League top scorer with 22 goals alongside Salah and Pierre-Emerick Aubameyang, in an all-African affair.

"I am really happy and at the same time I am really proud to win this award. I would like to thank my family, especially my uncle who is here and my coach, Aliou Cisse. My national teammates and the staff at the federation, Liverpool Football Club and my teammates, the staff and everybody." Mane said in his acceptance speech.

In the Women's category, Nigeria's Asisat Oshoala, who plays for Barcelona, was named African Women's Player of the Year for the fourth time, equaling the record of compatriot Perpetua Nkwocha.