Mohamed Salah to get statue at famous London museum
CGTN 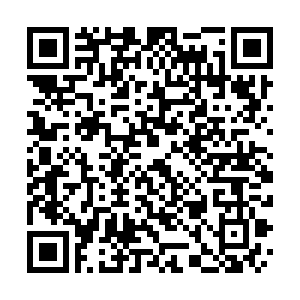 Mohamed Salah (C) has been one of the standout performers in Liverpool's revival back to the top end of world football. /PHOTO: Liverpool FC

Mohamed Salah (C) has been one of the standout performers in Liverpool's revival back to the top end of world football. /PHOTO: Liverpool FC

Liverpool's Egyptian forward Mohamed Salah is set to have a statue of himself put up alongside other great personalities at the famous Madame Tussauds wax museum in London.

The 27-year-old has become a star name in world football for his exploits in England, where he has been a common name in Liverpool's rejuvenation.

Salah’s statue is expected to be up later in 2020, and will be the first Liverpool player to have his sculpture erected at the popular tourist attraction since Steven Gerrard in 2010.

"I am so excited to be working with the artists of Madame Tussauds on my first ever figure," Salah was quoted as saying in the London Evening Standard.

Steve Davies, the general manager of the London museum, expressed optimism that Salah's statue will thrill football fans across the world.

"We're kicking off 2020 with this announcement which is sure to be a crowd-pleaser for football lovers around the world," he said.

"As Egyptian forward and currently both European and World Club Champion with Liverpool FC, Mo Salah is a global star at the peak of his power.

"We know that fans will love seeing him at the home of celebrity, where he rightly belongs."

Salah moved to Liverpool from Italian side AS Roma in the summer of 2017, and has gone on to help the Merseyside club to a UEFA Champions League trophy and the FIFA Club World Cup.

Liverpool is also on course to winning the 2019/2020 Premier League title, having racked up a record-setting 67 points from 23 games. The Reds have a 16-point gap between themselves and second placed Manchester City, with a game in hand.

Other famous footballers to have their statue at Madame Tussauds include David Beckham, Cristiano Ronaldo, Lionel Messi, Ronaldinho and Wayne Rooney.