China's long-term improving trend for the economy will not change 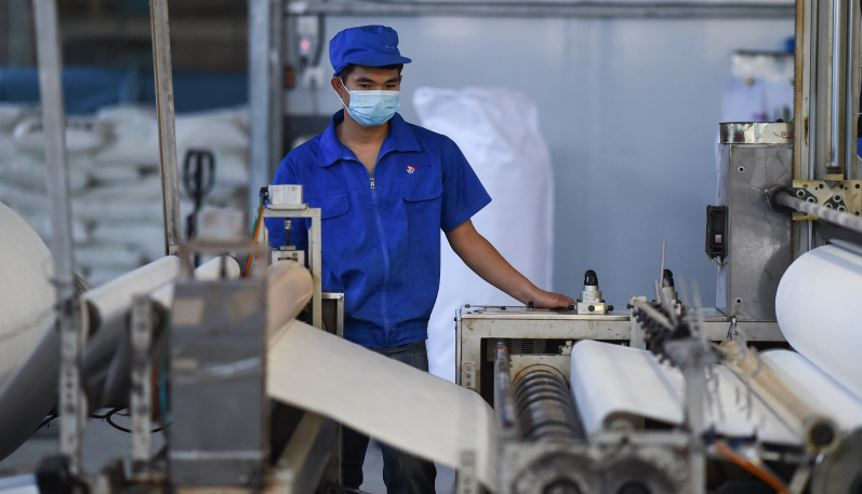 Editor's Note:: The following article is taken from the Chinese-language "The Real Point."

Chinese President Xi Jinping has said China has full confidence and capability to prevail over the current epidemic and that the trend of the Chinese economy maintaining long-term growth will not change. He made the comment during a phone conversation with U.S. President Donald Trump on Friday.

The improving trend will be maintained and supported by measures that have been taken since the novel coronavirus outbreak as well as the resilience of the Chinese economy itself.

The government has introduced a series of measures to counter the negative impact caused by the outbreak. As of Thursday, governments at all levels had allocated 66.74 billion yuan (about 9.55 billion U.S. dollars) for the containment of the epidemic. Over 40 percent of the allocation has already been spent. The central bank has provided re-lending funds of 300 billion yuan (up to 43 billion U.S. dollars) to national banks and local banks in the worst-hit regions, which will then grant credit support at favorable interest rates to key manufacturers of medical supplies and daily necessities.

Earlier this week, the central bank pumped a total of 1.7 trillion yuan (243 billion U.S. dollars) of liquidity to stabilize the financial markets, after which the stock market rebounded and cross-border capital flows and foreign exchange supply and demand remained basically stable. The latest performance of the financial markets reflects investor confidence in the Chinese government's ability to contain the epidemic and in the country's future economic growth.

China's economic fundamentals have set a solid foundation for long-term growth. The outbreak has so far affected such sectors as tourism, catering and entertainment, especially as it hit the nation during the annual Spring Festival holiday. But the impact is expected to be temporary. During this period, such areas as online shopping, online health services and online gaming have seen rapid growth, which may make up for some losses in the tertiary sector. Moreover, the resilient Chinese economy will see compensatory recovery in investment and consumption after the epidemic is over, which according to Jim O'Neill, chair of Britain's Chatham House, may be realized in the second quarter of the year.

More importantly, China's comprehensive supply chain also provides solid foundation for post-epidemic economic catch-up. Unlike U.S. Commerce Secretary Wilbur Ross who thought the outbreak in China would help to accelerate the return of jobs to North America, renowned international investor, Jim Rogers, has said he believes the epidemic is not going to cause anybody to leave China and go back to America or anywhere else. He noted that companies had left America because 80,000 people died of flu in the United States last year.

As China has plenty of policy tools and ample room for maneuver, it's able to keep up the trend of the Chinese economy growing steadily in a long term. That's why the World Bank and the International Monetary Fund have both expressed their confidence in China's economic outlook this year.