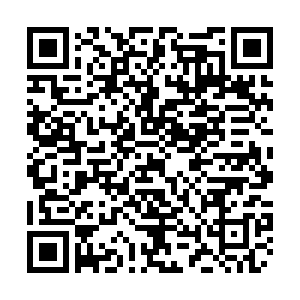 Editor's Note: The following article is taken from the Chinese-language "The Real Point."

World Health Organization Director General Tedros Adhanom Ghebreyesus has said that the organization is building a band of truth tellers to disseminate facts and debunk myths so as to fight the flood of misinformation about the novel coronavirus. He said the WHO is not just battling the virus, but also "battling the trolls and conspiracy theorists that push misinformation and undermine the outbreak response."

Since the outbreak, China has not only identified the pathogen in a record time, shared viral gene sequences with the WHO and other countries in a timely manner, but has also publicly notified the outside world of the outbreak, and taken decisive measures to curb the spread of the virus. These efforts have gained wide recognition across the globe.

But some Western politicians and media have ignored the necessity and urgency of China's prevention and control measures, constantly churn out false information and attack those measures, which is distorting China's endeavors, causing panic that has seriously disrupted international cooperation to fight the epidemic.

In the United States, Republican Senator Tom Cotton suggested the virus was a biochemical weapon that could have leaked from a laboratory in Wuhan, the center of the outbreak. An article carried by the HuffPost debunked the conspiracy theory circulating among tabloids and conservative media outlets. It noted health experts have rejected the suggestion that the virus is the result of some sort of bioweapon or other manufactured cause, calling it unfounded and nonsensical.

The New York Times published an article, describing measures taken in the epicenter such as house-to-house checks and centralized quarantine for medical observation as a "humanitarian disaster," even though those measures were imposed to effectively contain virus sources for the better protection of public health.

In some other parts of the world, German magazine Der Spiegel published a cover article with a title that reads "coronavirus Made in China" as if the virus were a product purposely produced in China. A Dutch radio DJ sang a coronavirus-related song containing blatantly racist content.

All these examples reflect some Westerners' deep-rooted ideological prejudice against China. They are also the result of the long-standing racist and Western-centric approach adopted by some irresponsible Western media.

Helga Zepp-LaRouch, founder and president of the Germany-based political and economic think tank, the Schiller Institute, has criticized those Western media outlets for their "obviously deep-seated racism under a very thin veneer of western values." American author and commentator Mario Cavolo pointed out that the number of infections and deaths caused by the H1N1 flu outbreak in the United States in 2009 was incredible, but no one criticized the U.S. Centers for Disease Control and Prevention at the time. He said "The dichotomy between the two responses was horrifying. The xenophobic anti-China reaction is horrifying. It has been going on. It's in politics."

Some world leaders, including Spanish Prime Minister Pedro Sánchez, have come out to denounce xenophobia as the real virus. Singaporean Prime Minister Lee Hsien Loong said that even though the virus started in Wuhan, it doesn't respect nationality or race. He noted "(The outbreak) is a problem that all countries must work together to solve."

Faced with a common threat, all countries should objectively and fairly evaluate and report the epidemic situation, and take practical actions to strengthen international cooperation in containing the virus. Nobody should be a bystander. Nor should anyone become a destructive force that breaks down epidemic prevention and control.