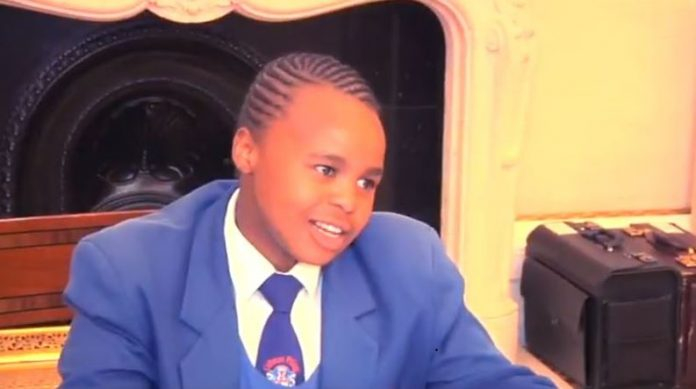 South African President Cyril Ramaphosa has sought the contribution of a 17-year-old girl ahead of the 2020 State of the Nation Address scheduled for Thursday, 13 February.

Sinoyolo Qumba captured the attention of President Ramaphosa after she penned him a letter in August 2019 as South Africa was celebrating 25 years of democracy.

The teenager could not hide her delight as she met Ramaphosa in the president’s office in Cape Town.  The two then sat down an had a brief discussion just hours before the president gives his address in parliament.

Qumba is a learner from Gibson Pillay Learning Academy in Johannesburg.

Her letter to Ramaphosa dated August 2019 mentioned issues including the struggle against apartheid, education, employment and corruption.

President Ramaphosa is expected to focus on various issues in his State of the Nation Address, including the plight of state enterprises like South African Airways and ESKOM.

The 67-year-old is fresh from assuming his new role as the Chairman of the African Union for the year 2020, taking over from Egyptian President Abdel Fattah el-Sisi.