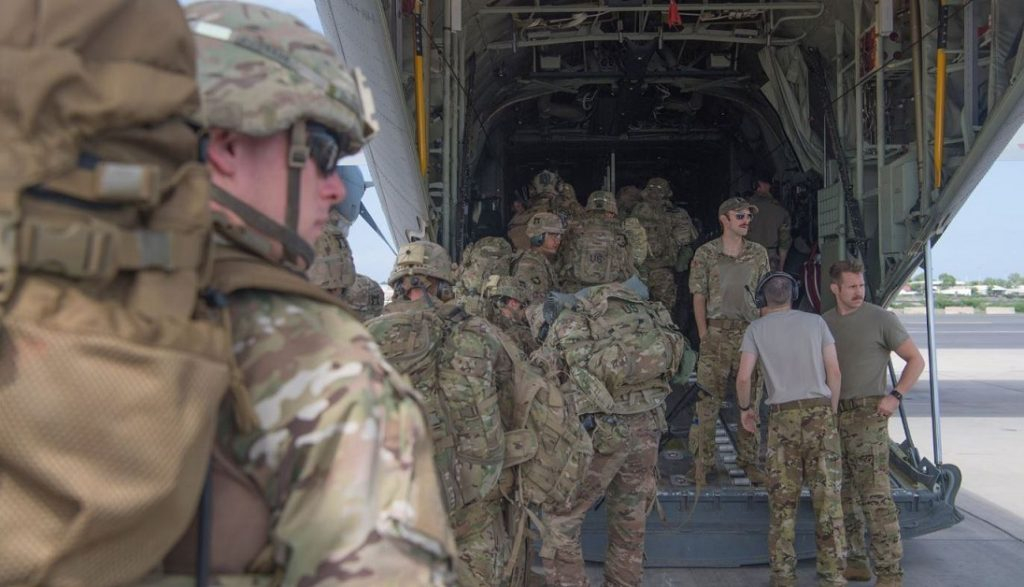 The U.S. report says that there is need for consistent pressure on extremist groups to weaken them. /Photo Courtesy: U.S. AFRICOM

The U.S. report says that there is need for consistent pressure on extremist groups to weaken them. /Photo Courtesy: U.S. AFRICOM

The U.S. military will no longer aim to degrade the Islamic extremist groups in West Africa’s troubled Sahel region, and will instead fight to contain them, a new U.S. government report says.

The report released this week by the inspectors general for the Pentagon, State Department and USAID was the first to be unclassified as interest surges in the U.S. military’s activities in Africa.

Allies in the fight against militants have expressed fears that the U.S. may cut down on it troop numbers on the continent.

The report says that there is need for consistent pressure on extremist groups to weaken them. It cites Defense Secretary Mark Esper to have compared it to "mowing the lawn."

That need, along with the often slow development of local partners' militaries, "could require ongoing commitment of U.S. military resources," the report adds.

The report says the U.S. Africa Command has expressed concerns to the Pentagon’s inspector general that some resources will be moved from Somalia to the North African nation of Libya, where a conflict between rival governments has drawn the attention of powers including Russia and Turkey.

The U.S. has deployed about 6,000 troops across Africa, including 500 special operations forces in Somalia and about 800 personnel in West Africa.

The report singles out the security situation in Burkina Faso to be degrading faster than any other part of the Sahel.

Extremist groups affiliated with the Islamic State group and al-Qaida in West Africa’s Sahel "are neither degraded nor contained" it warns, citing AFRICOM.

France on the other hand plans to deploy more troops in the Sahel to tackle the growing threat of extremism. It has urged the U.S. not to cut its military presence.