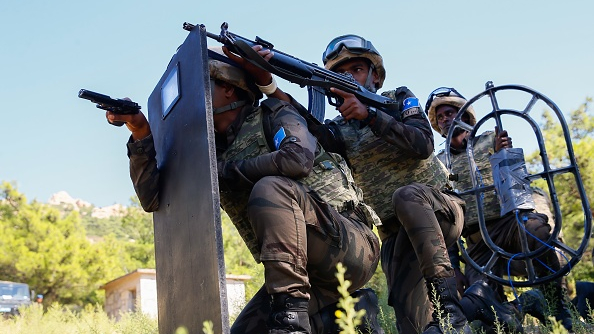 The United States said Wednesday it has resumed some direct security assistance to Somalia to help boost counter-terrorism operations in the southern region against Al-Shabaab militants.

The U.S. which suspended food and fuel assistance for most of Somalia's armed forces over corruption concerns in 2017 lauded efforts taken by the government to improve the public financial management of the Somali National Armed Forces (SNAF).

"The U.S. resumed providing direct security assistance to a non-mentored unit of the Somali National Armed Forces (SNAF) this week in support of counterterrorism operations in Lower Shabelle against al-Shabab," Washington said in a statement issued in Mogadishu.

Washington called on the government to continue prioritizing security sector reforms, including asset management and human resources, as part of the comprehensive effort to build and sustain capable, professional, and accountable security forces.

"We commend the steps taken by the Federal Government of Somalia to improve the public financial management of the SNAF as part of ongoing institutional reforms, which give the U.S. increased confidence in accountability mechanisms for donor resources.," it said.

The U.S. said while these ongoing SNAF reforms are important, it will only continue support to SNAF operations that are focused on defeating terrorist organizations.