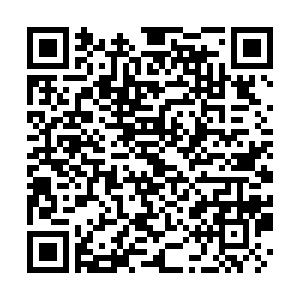 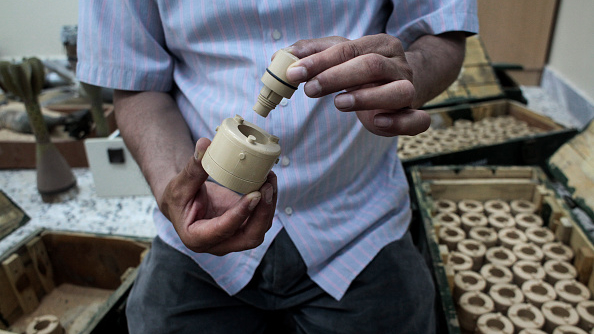 FILE PHOTO: A former army officer and weapons specialist, holds an anti-personnel mine collected near the Misrata's steel mill in Libya. /Getty Images

FILE PHOTO: A former army officer and weapons specialist, holds an anti-personnel mine collected near the Misrata's steel mill in Libya. /Getty Images

The ongoing fighting in Libya has left many schools, hospitals and other so-called 'soft targets' under a severe threat from unexploded ordnance (UXO).

The UN Mine Action Service-UNMAS made the announcement during a meeting of mine action experts at the UN in Geneva.

At UN-led talks earlier this month between the LNA and the UN-backed government, UN negotiator Ghassan Salame noted that there were at least 20 million "pieces of ordnance" in Libya.

"Expenditure of ordnance and the threat posed by explosive remnants of war has increased, and sadly, many of the areas that were previously cleared of UXO have now been re-contaminated as a result of the fighting," said Bob Seddon, a Threat Mitigation Officer with UNMAS in Libya.

"Libya has the world's largest uncontrolled ammunition stockpile," he added. "It is estimated that there are between 150,000 to 200,000 tonnes of uncontrolled munitions across Libya."

This vast and in some cases abandoned – weapons store has created massive insecurity inside the country and beyond its borders.

With the number of internally displaced in Libya approximated at around 343,000 in 2019 an 80 percent increase from 2018 – the UNMAS expert insisted that "it's the Libyan people that are facing the full impact" of protracted insecurity that has followed the overthrow of former President Muammar Gaddafi, in 2011.

So far this year, at least 647 civilians have been killed or injured in Libya, the majority in Tripoli, according to the UN Office for the Coordination of Humanitarian Affairs-OCHA.