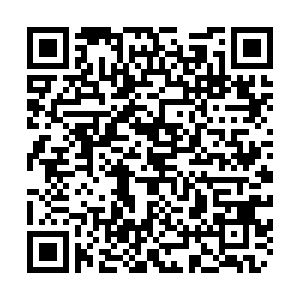 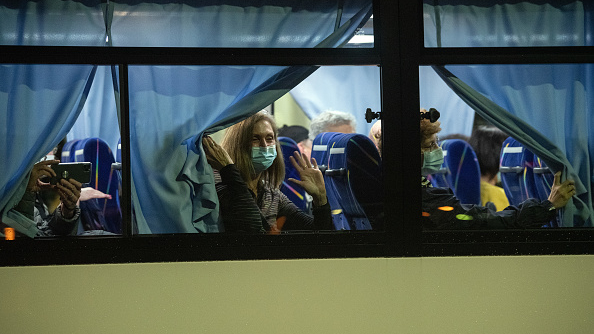 American citizens wave and look out from a bus as they leave the quarantined Diamond Princess cruise ship to be repatriated to the United States, at Daikoku Pier in Yokohama, Japan, February 17, 2020. /Getty Images

American citizens wave and look out from a bus as they leave the quarantined Diamond Princess cruise ship to be repatriated to the United States, at Daikoku Pier in Yokohama, Japan, February 17, 2020. /Getty Images

More than 300 American cruise ship passengers, including 14 tested positive for coronavirus, were being quarantined at military bases in California and Texas on Monday after arriving from Japan on chartered flights overnight.

The cruise ship, Diamond Princess, has been quarantined since arriving in Yokohama on February 3, after a man who disembarked in Hong Kong before it traveled back to Japan was diagnosed with the virus. It had some 3,700 passengers and crew on board.

The U.S. Embassy in Tokyo said in a letter to passengers on Saturday that a chartered plane would arrive in Japan on Sunday evening and recommended that U.S. citizens disembark and return home for further monitoring "out of an abundance of caution."

A passenger who spoke to AFP said that passengers who decided to go were taken out in groups, passing through a makeshift passport control but did not undergo any health checks.

"I am happy and ready to go. We need a proper quarantine, this was not it," Sarah Arana, a 52-year-old social worker, told AFP.

Even as some Americans decided to leave, some opted to remain even with the warning that they must wait another 14 days and test negative before being allowed passage back into the United States.

The cruise liner's quarantine is set to end on Wednesday.

Despite the evacuation, Japanese authorities cautioned citizens to keep away from crowds and what it termed as non-essential gatherings.

Due to a shortage of supplies of testing kits, facilities and personnel, Japan has not been able to test all passengers on board the cruise ship.

Japan's Minister of Health Katsunobu Kato said 1,219 people on the ship had now been tested for the virus, 355 confirmed.

Among the diagnosed passengers, 40 are Americans, U.S. National Institute of Allergy and Infectious Diseases Director Anthony S. Fauci told AFP. Fauci also said in an interview with CBS that the infected Americans will stay at hospitals in Japan for treatment.