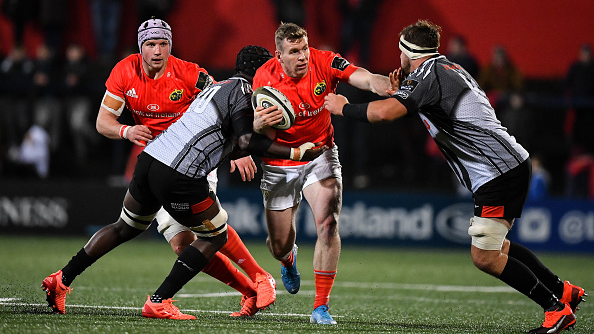 It was a double disappointment for the South African sides in the Guinness PRO14 as the Toyota Cheetahs and the Isuzu Southern Kings lost their respective matches.

The Cheetahs lost 36-12 to Conference A leaders Leinster at the RDS Main Arena in Dublin on Saturday while the Kings lost 68-3 to Munster, another Irish side, at Irish Independent Park in Cork on Friday.

Will Connors scored two tries and Ciaran Frawley kicked 11 points as the Cheetahs' second half fight back was not enough having given themselves too much work to do by trailing 22-0 at halftime.

Chris Marais' yellow card just before the half hour mark proved costly as the South African side, who were trailing 7-0, conceded 15 points by the time they returned to a full contingent.

With Leinster's Sean Cronin sin-binned in the 59th minute, the Cheetahs scored through Luan de Bruin with Ruan Pienaar converting the try. Aidon Davis scored a late try to give the score line a respectable look.

The Cheetahs lie third in Conference A with six wins from 11 games and trail second-placed Ulster by six points. Leinster leads the table with 52 points having won all of its 11 matches.

On Friday, South African back-row Arno Botha scored a hat-trick of tries as Munster ran in 10 unanswered tries to record its biggest ever PRO14 victory. Shane Daly and Jack O'Donoghue each dotted down twice while fly-half JJ Hanrahan kicked 12 points.

The only points for the Kings came through a penalty by Demetri Catrakilis in the 16th minute as the Irish side took a 28-3 lead into halftime and would go on add another 40 points in the second half.

The Kings, however, also failed to hold their own with bouts of indiscipline proving costly. Full-back Andell Loubser and loose forward Lusanda Badiyana were sin-binned in either half with Munster taking full advantage of the extra man on both occasions.

The Kings lie bottom of Conference B having registered only one win in 11 games and have seven points.