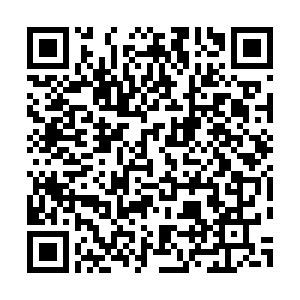 Jean-Luc du Plessis of the Stormers with possession during the Super Rugby match between Emirates Lions and DHL Stormers at Emirates Airline Park on February 15, 2020 in Johannesburg, South Africa. /Getty Images

Jean-Luc du Plessis of the Stormers with possession during the Super Rugby match between Emirates Lions and DHL Stormers at Emirates Airline Park on February 15, 2020 in Johannesburg, South Africa. /Getty Images

The DHL Stormers maintained their perfect start to the Super Rugby season following a narrow 33-30 win against the Emirates Lions at the Emirates Airline Park in Johannesburg on Saturday.

Centre Ruhan Nel scored a try in the 81st minute with Jean-Luc du Plessis adding the extras as the Stormers secured a first since 2015 in Johannesburg.

Both sides scored four tries each as Springboks fly-half Elton Jantjies led the scoring charts for the Lions with 18 points while Damian Willemse had 11 points for the Stormers.

The Stormers, who were missing captain Siya Kolisi and hooker Bongi Mbonambi, led 18-15 at halftime thanks to two penalties from Willemse in the half's closing stages.

The visitors then extended their lead in the second half through a converted try by Sergeal Petersen. However, the Lions fought back and a try each from Jantjies and Dan Kriel, plus a further five points from the boot of Jantjies, saw the home side take the lead with just two minutes left.

There was a final twist as passages of play to the right saw Nel find a gap in the Lions' defence to cross over and snatch the win.

The win sees the Stormers make it three wins out of three and stay top of the South African Conference on 13 points. They are second in the overall standings level with the Chiefs of New Zealand.

In the other game, the Cell C Sharks' unbeaten start to the Super Rugby campaign came to an end after a 38-22 loss to the Hurricanes at Sky Stadium in Wellington, New Zealand.

Springbok winger Makazole Mapimpi and his replacement, Boeta Chamberlain, were both forced off the field early on after failing a Head Injury Assessment (HIA).

After a tense first half which ended 17-17, the Hurricanes pulled away in the second half with a brace of tries from Ben Lam and one from Dane Coles, while Jordie Barrett successfully kicked all the conversions. The Sharks' only points of the half came through a try by Mzamo Majola in the 69th minute.

The result leaves the Sharks in third place in the South African Conference and sixth in the overall standings.

The Vodacom Bulls, who received a bye this weekend, are bottom of the South African Conference and second-from-bottom in the overall standings.

The Stormers next host last year's beaten finalists the Jaguares while the Sharks travel to Australia to face the Melbourne Rebels and the Bulls host the Blues of New Zealand. All games will be played on February 22.