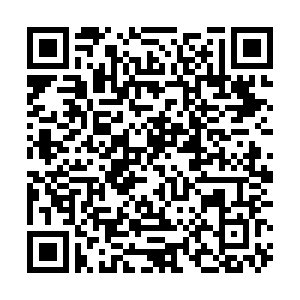 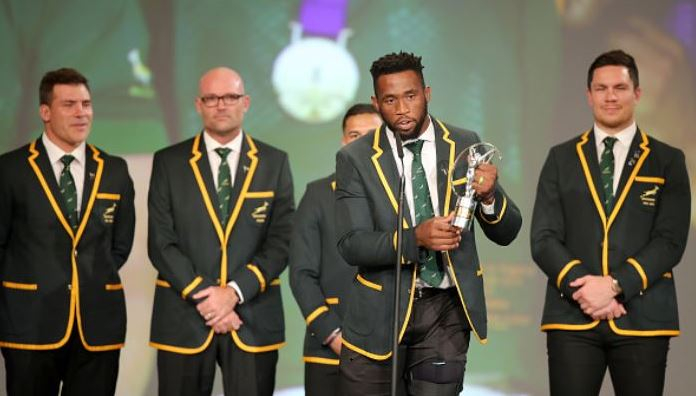 BERLIN, GERMANY – FEBRUARY 17: Captain of the South Africa Men's Rugby Team Siya Kolisi accepts the Laureus World Team of the Year award on behalf of his team during the 2020 Laureus World Sports Awards at Verti Music Hall on February 17, 2020 in Berlin, Germany./Getty Images

BERLIN, GERMANY – FEBRUARY 17: Captain of the South Africa Men's Rugby Team Siya Kolisi accepts the Laureus World Team of the Year award on behalf of his team during the 2020 Laureus World Sports Awards at Verti Music Hall on February 17, 2020 in Berlin, Germany./Getty Images

South Africa won the Rugby World Cup for a third time when they defeated England in the final in Yokohama, Japan, in November last year. South Africa's triumph saw Siya Kolisi become the first black captain to lift the Webb Ellis trophy. The win felt like a watershed moment for a country which has long been divided along racial lines.

In addition to the World Cup, the Springboks also won the Rugby Championship finishing the tournament unbeaten.

Springboks captain Siya Kolisi accepted the award on behalf of the team and gave a moving speech about the significance of their victory.

"We came together because we had one goal. We fought so hard for each other because our country, at the time, was going through such a difficult period. We had gender-based violence, we had xenophobia and our main goal was to make sure we come together and do the best that we can in the sport we love and we gave everything that we can," Kolisi said.

Kolisi said that sportsmen and women touch the lives of ordinary people in a way that governments and politicians cannot.

"We did not only see South Africa come together when we brought back the trophy, we inspired a lot of kids to live their dreams. Now a kid from the township who can't afford school shoes, who walks to school and who doesn't eat each and every single day can stand here and be a Rugby World Cup-winning captain."

Meanwhile, Kenyan marathon legend Eliud Kipchoge missed out on the World Sportsman of the Year Award. The award, for the first time in its 20-year history, was shared after Barcelona's Argentine forward Lionel Messi and British Formula One driver Lewis Hamilton tied in the voting.

Kipchoge became the first person to run a marathon in less than two hours and also broke the official marathon world record last year. He took to social media after the awards ceremony to congratulate the winners and nominees.