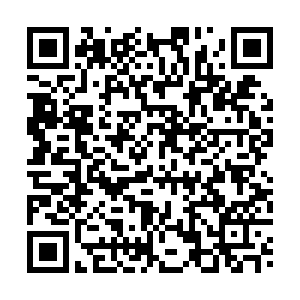 Damian Willemse of the Stormers breaks a tackle by Matias Moroni of the Jaguares during the Super Rugby match between DHL Stormers and Jaguares at DHL Newlands on February 22, 2020 in Cape Town, South Africa. (Photo by Ashley Vlotman/Gallo Images/Getty Images)

Damian Willemse of the Stormers breaks a tackle by Matias Moroni of the Jaguares during the Super Rugby match between DHL Stormers and Jaguares at DHL Newlands on February 22, 2020 in Cape Town, South Africa. (Photo by Ashley Vlotman/Gallo Images/Getty Images)

The DHL Stormers maintained their 100 percent start to the Super Rugby season following a 17-7 win against last year’s finalists, the Jaguares, at DHL Newlands in Cape Town, South Africa.

Damian Willemse kicked 7 points and Herschel Jantjies and Ruhan Nel dotted down for the home side who led 3-0 at halftime. The Jaguares responded through a Rodrigo Bruni try which was converted by Domingo Miotti to set up a tense finale which the hosts rode out.

The Stormers lead the South African conference with 17 points, five ahead of the Sharks in second place. The Stormers also lead the overall standings three points ahead of defending champions the Crusaders (14).

The Stormers are now the only unbeaten side in the competition after the Chiefs’ 14-26 defeat to the Brumbies.

The Sharks’ other tries came from Ander Esterhuizen, Madosh Tambwe and Curwin Bosch, who also kicked 11 points. The home side dotted down through Marika Koroibete, Isi Naisarani and Anaru Rangi while Andrew Deegan added nine points from his boot.

This was the Sharks’ sixth win against the Australians in eight matches and it lifted them to fifth in the overall standings on 12 points.

Meanwhile, the Vodacom Bulls narrowly lost 21-23 to the New Zealand side the Blues at Loftus Versfeld in Pretoria.

Otere Black’s last-minute penalty condemned the Bulls to a third straight defeat which leaves them bottom of the South African conference and 14th overall with just one point. Only the Waratahs have a worse record, with no points from three games.

Fly-half Morné Steyn contributed 14 points, including a try, but a second-half fight back by the visitors, who trailed 21-20 with seven minutes to go, undid the home side.

Next week, the Lions, who received a bye this round, travel to face the Waratahs on Friday. On Saturday, the Sharks will be away to the Rebels while the Stormers host the Blues and the Bulls host the Jaguares.