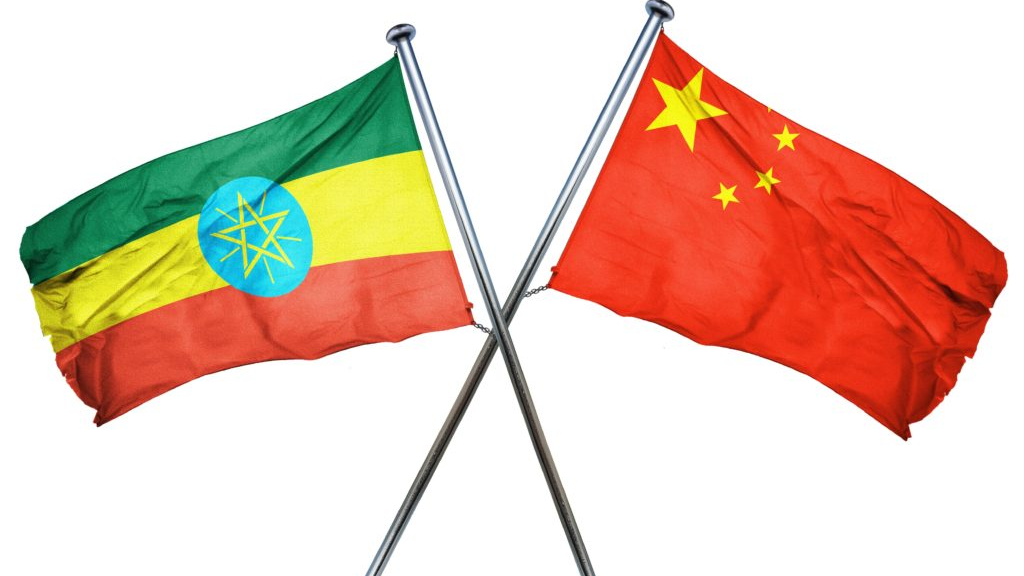 African countries and people's various support for China's battle against the COVID-19 outbreak has vividly illustrated the brotherly friendship of sharing weal and woe and helping each other between China and Africa, Chinese President Xi Jinping said Tuesday in a phone talk with Ethiopian Prime Minister Abiy Ahmed.

In the conversation, Xi noted that at a crucial moment in the Chinese people's fight against the novel coronavirus epidemic, the prime minister has twice sent messages to express sympathies and also made the telephone call, which has reflected the profound friendship and mutual support between China and Ethiopia, two comprehensive strategic cooperative partners.

Xi expressed appreciation for Ethiopia's confidence in China as the African country keeps normal contacts and exchanges with China in line with the World Health Organization's advice.

Fighting the COVID-19 epidemic is currently the top priority for the Chinese government, he said, adding that with a highly responsible attitude towards the lives and health of both the Chinese people and people around the world, China has made good use of its institutional strengths and put in place the most comprehensive, thorough and rigorous prevention and control measures, which have achieved positive results and caused the situation to change for the better.

The epidemic will not shake the solid foundation for China's long-term and stable development, Xi said, stressing that China has full confidence, capability and certainty not only to win the COVID-19 battle but to minimize its impact and achieve the set goals for economic and social development.

Xi recalled that in 2014, the Chinese government and people made positive contributions to African countries' victory over an Ebola outbreak by braving difficulties and dangers to take the lead in offering help.

This time round, he added, African countries and people have provided China with various forms of support in the COVID-19 battle, which has vividly illustrated the brotherly friendship of sharing weal and woe and helping each other between China and Africa.

Noting that African countries are also facing many challenges in epidemic prevention and control, Xi said China is willing to provide them with more medical supplies that are urgently needed, including test kits.

China, he added, also stands ready to accelerate the implementation of the health care initiative of the eight major initiatives unveiled during the Beijing Summit of the Forum on China-Africa Cooperation (FOCAC), promote the construction of the Africa Centers for Disease Control and Prevention, and strengthen China-Africa cooperation in public health and disease prevention and control.

Meanwhile, China will do its best to provide support for all foreign students studying in China, including those from Ethiopia, as it protects its own children, said the president.

Noting that the China-Ethiopia and China-Africa friendly and cooperative relations are enjoying good momentum of development, Xi said he is willing to work with Ahmed and other African leaders to push for new progress in the China-Ethiopia comprehensive strategic cooperative partnership and better implementation of the outcomes of the FOCAC Beijing Summit, so as to bring more practical benefits to both Chinese and African people.

Ahmed, on behalf of the Ethiopian government and people, expressed sincere sympathies to the Chinese people over the COVID-19 epidemic, and high appreciation of China's effective response measures.

China adheres to a people-oriented principle, always puts people's lives and health in the first place, and has mobilized the whole nation against the disease, which has not only effectively curbed its spread in China, but made important contributions to preventing its spread across the world, Ahmed said.

Xi's strong leadership and China's power of action in dealing with the epidemic are obvious to all and the international community has in general expressed admiration and appreciation, Ahmed said, adding that his country is proud of China's performance.

Ethiopia firmly believes that under the wise and strong leadership of Xi, China will surely overcome the epidemic at an early date and minimize its impact on economic and social development, the prime minister said.

China is Ethiopia's close friend and brother, and has never been absent when Ethiopia needs it, Ahmed noted, adding that as China is facing difficulties, the Ethiopian people will stand with the Chinese people and go through the rough patch together.

The Ethiopian side attaches great importance to its comprehensive strategic cooperative partnership with China, and is willing to work with China to deepen cooperation in various fields and push for greater development of bilateral relations and Africa-China relations.