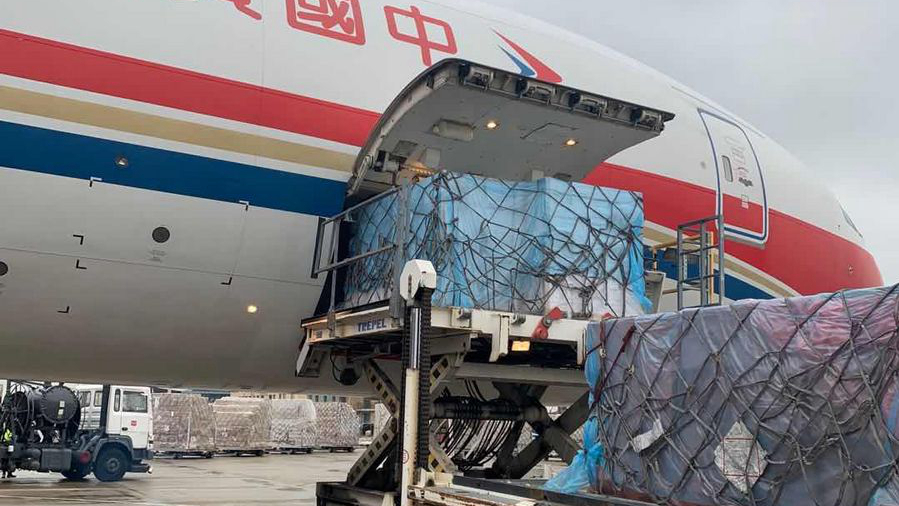 Since the outbreak of COVID-19, some U.S. politicians and media have been groundlessly accusing China of deliberately covering up the epidemic situation, endangering global efforts in fighting the disease and causing trouble and losses to other countries. It is an attempt to lay all the blame on China to cover up their own slow and insufficient response to the spread of the virus.

China provided prompt, open and transparent information about the epidemic and engaged in active cooperation with the international community on epidemic prevention. Its efforts turned around the situation and stopped the spread of the virus in less than two months—an achievement that has been internationally recognized. On Wednesday, China reported zero infections for the first time since the outbreak, sending a signal that its situation continues to improve.

The World Health Organization China Representative Dr. Gauden Galea, who has been a witness to the events in the country, praised the timely cooperation with China's National Health Commission in an interview with UN News. He noted that China's early and frequent exchanges resulted in the sharing of the genetic sequence of the virus, as well as the specifications for designing tests so other countries would be able to identify it.

Furthermore, he highlighted the "high price" paid by Wuhan's citizens with the lockdown, thus "buying time" for the rest of China and the world, a remark repeated by health experts from the organization and other countries on numerous occasions.

On Wednesday, Chinese President Xi Jinping again stressed closer cooperation with the WHO to strengthen the analysis and prediction of the changes in the global epidemic situation. He also strengthened international cooperation on epidemic control and promised to continue providing as much assistance as it can to countries affected by the epidemic. These efforts reflect China's commitment to openness, transparency and cooperation in fully participating in the global fight against the pandemic.

Yet, while some U.S. politicians try to stigmatize China, the epidemic situation in their country is worsening.

The United States confirmed its first local case on January 20, about the time China launched a nationwide campaign against the virus. However, in the early stages of the U.S. outbreak, the Trump administration failed to respond in a timely and proactive manner, acting slowly in case identification, contact tracing and isolation. Its sluggish response led to insufficient vigilance among the American public. The CDC's decision to stop publicizing the number of Americans tested for COVID-19 and cases reported by state also drew criticism.

Washington's initial attempt to play down the epidemic and then declaring a unilateral travel ban on other countries, as well as some politicians' move to label COVID-19 the "Wuhan virus" or the "Chinese virus", has been detrimental to the global pandemic fight. More time and effort should have been spent on concrete measures to protect the life and health of its citizens.

As Dr. Mike Ryan, executive director of WHO's emergencies program, pointed out at a press conference on Wednesday, "Viruses know no borders and they don't care about your ethnicity, the color of your skin or how much money you have in the bank. So, it's really important we be careful in the language we use lest it leads to the profiling of individuals associated with the virus."