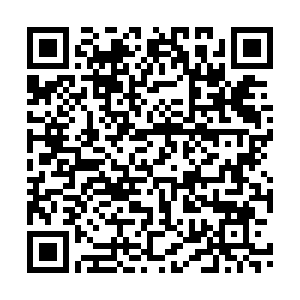 A sign on the door of a Biosafety Level 4 laboratory at the U.S. Army Medical Research Institute of Infectious Diseases in Fort Detrick, Md., Wednesday, Aug. 10, 2011. /AP

A sign on the door of a Biosafety Level 4 laboratory at the U.S. Army Medical Research Institute of Infectious Diseases in Fort Detrick, Md., Wednesday, Aug. 10, 2011. /AP

COVID-19 has been repeatedly branded the "Chinese virus" by some U.S. politicians, triggering widespread criticism from the international community. Global media have labeled the words racist, xenophobic and nothing but a blame game by the Trump administration.

Sky News' Amanda Walker pointed out: "If millions of Americans die, it will be on his watch. Calling it the "Chinese virus" is a way of deflecting blame."

The blame game won't work. No matter how loud those politicians shout, it won't silence the questions being asked about America's response to disease prevention and control. Australian Prime Minister Scott Morrison said on March 20 that of all the confirmed cases in Australia, about 80% are people who have come in from overseas or have caught the disease directly from them. He added, "The country which has actually been responsible for a large amount of [coronavirus cases] has actually been the United States."

As an increasing number of unanswered questions are being asked of the U.S. government, the White House owes an explanation to the general public and the whole world.

Firstly, the U.S. Centers for Disease Control and Prevention (CDC) estimate that there have been over 30 million cases of influenza during America's flu season, which began in September 2019, with the death toll exceeding 20,000. After CDC Director Dr. Robert Redfield conceded that some of those deaths may have been caused by coronavirus, the question is how many and did the U.S. government intentionally conceal the reality of COVID-19 with the flu?

One more question awaiting an answer from the U.S. government is: why was the U.S. Army Medical Research Institute of Infectious Diseases at Ft. Detrick in Maryland, the largest biochemical testing base, shut down in July 2019? Was the New York Times report correct that problems with disposal of dangerous materials led to the shutdown?

Shortly after the chemical lab was closed, the U.S. reported a series of pneumonia cases or diseases sharing similarities with pneumonia. They were blamed on e-cigarettes by the authorities, although scientists have serious doubts about this. Almost simultaneously, there was an H1N1 flu outbreak in the United States; in the following October, several U.S. organizations held a global pandemic drill codenamed "Event 201"; in December, the first COVID-19 case showed symptoms in Wuhan, China and in February, several places around the world reported COVID-19 outbreaks. Based on all these developments, curiosity grew about the real reasons behind the shutdown of the chemical lab.

It is natural to ask whether there was any link between these events. A petition on the White House website is asking the government to reveal the real reason behind the Ft. Detrick closedown. Citizens want to know whether the lab conducted any COVID-19 research and if any of the virus samples leaked out. The U.S. government ought to answer these questions if it truly cares for the health of the general public.

The questions continue: in mid-February, when the government downplayed the outbreak, why did several U.S. senators sell off their stocks, which allowed them to avoid huge losses in the subsequent plunges on the stock market? Is it possible that these politicians were cashing in on privileged information on the outbreak, while hiding critical data from the public? Could the "money comes first" mentality also apply here even when the country faced such a severe situation?

The Washington Post reported that U.S. intelligence officials warned back in January about a global crisis caused by COVID-19, stressing that it is critical for the government to take early action. It was not until March 13 when the White House declared a national emergency. Why did the U.S. government waste the precious window created by China paying a heavy price? The world is waiting for answers from U.S. politicians on all these critical questions.

As of March 21, a total of more than 26,000 COVID-19 cases and 340 deaths had been reported in the U.S., offering a glimpse at the results caused by U.S. political inaction at such an acute time. Author of "Sapiens: A Brief History of Humankind" Yuval Noah Harari pointed out in the Financial Times: "Even if the current administration eventually changes tack and comes up with a global plan of action, few would follow a leader who never takes responsibility, who never admits mistakes, and who routinely takes all the credit for himself while leaving all the blame to others."

Mankind can do nothing to reverse time and bring the dead back to life. Unless those U.S. politicians  change tack immediately, a heavy price will eventually be paid.