Africa's informal economy another casualty of the coronavirus pandemic
CGTN 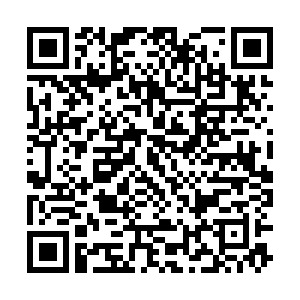 FILE PHOTO: An unemployed man carries a bag full of recyclable waste material which he sells for a living, in Daveland near Soweto, South Africa August 4, 2015./Reuters

FILE PHOTO: An unemployed man carries a bag full of recyclable waste material which he sells for a living, in Daveland near Soweto, South Africa August 4, 2015./Reuters

Earlier this month, Soukaina Rgragui, her 1-year-old daughter and diabetic mother lived modestly on the money brought back home by Soukaina's husband, a vendor of used furniture in the streets of Morocco's capital Rabat.

Now that virus containment measures have shut down his informal business, Rgragui finds herself among many vulnerable Moroccans begging strangers on the internet for help.

Morocco was among the first African countries to start shutting down borders and economic activity in recent weeks to stem the spread of the virus, and other African governments are watching the fallout in Morocco as they adopt similar measures.

Rgragui's husband is among some 2 billion people the International Labor Organization estimates work in the "informal economy" without official contracts or worker protections. Such work is especially widespread in Africa, where informal workers make up as much as 85% of the labor force, according to the ILO.

In Morocco, such workers aren't eligible for government handouts to those who are now jobless because of restrictions on businesses and movement meant to stem the spread of the virus.

After Morocco started shutting down "non-essential" business activity, the little savings the Rgragui had were depleted after buying a week's worth of food, milk for the baby and medicine for the grandmother, Rgragui told The Associated Press.

"Please help with whatever you can," she pleaded on a coronavirus support group on Facebook. "We don't have money to buy diapers for the baby."

The government is offering a $200 monthly stipend through June to registered workers who have lost their jobs. But that doesn't apply to Mohammed, who worked unofficially for a gardening company before the virus crisis hit. He and his brother picked up garbage, used tissues and masks from the gardens of Marrakech, for $9 a day.

"I would rather starve than have the coronavirus," said Mohammed, who spoke on condition his last name be withheld because they are not registered workers, and because of the shame he feels about his current condition. "But why must I choose between two ills?"

In the Arab world's most populous country, Egypt, millions work without contracts or official salaries, and will be hard-hit now that the government announced a curfew Tuesday and restrictions on movement. One in three Egyptians is living in poverty, or what is around $1.45 per day.

Egypt's government has discussed setting up a crisis fund to support informal workers, but the fund would face the monumental task of registering them and finding a way to ensure help reaches them quickly.

In Morocco's coastal city of Casablanca, the country's economic capital, phone repairer Mohamed Boulekhlaf has been allowed to keep his small shop open, but business has collapsed as people are ordered to stay inside. He's increasingly worried about getting the virus from customers.

"We are very afraid of what may happen in the future," he said.

Individuals and celebrities have shown support for poor families and are encouraging well-off Moroccans to donate.

Teacher Meriem El Ghazi decided to take charge of her neighbor's family in Marrakech for as long as this crisis continues after the family breadwinner lost his job to virus measures. "We must stand with one another," she said. "We are each other's only safety net.”