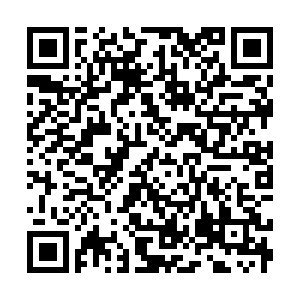 American broadcaster CNN published a report saying that coronavirus has sparked a "war for masks" in a desperate global scramble for protection. It's apparent that at the forefront of this war is the United States.

Since infections broke out across the U.S., there has been an outbreak of news that the world's only superpower keeps intercepting the medical supplies of other countries, including those of its allies such as Germany, France and Canada. Andreas Geisel, the interior minister for the Berlin state, described it as "an act of modern piracy". From Europe to Latin America, U.S. allies are complaining about Washington's "Wild West" methods in hunting for medical resources that are in short supply. A slew of countries, such as Germany and Brazil, are now using the military to escort shipments.

In addition to intercepting medical resources purchased by other countries, Washington has invoked the Defense Production Law to prevent the export of personal protective equipment (PPE). It demanded 3M, a major U.S. respirator producer, to ship its manufactured products from overseas back to the States, as well as forcing it to cease exporting U.S.-made masks to Canada and Latin America. "We need the masks. We don't want other people getting them," said the U.S. President Donald Trump. Washington's national self-interest has been fully manifested in this pandemic.

The pandemic is a mirror for humanity, reflecting the ugly selfishness of certain U.S. politicians. It has further demonstrated what "America First" really means to the global community: both the international order and so-called allies must serve U.S. national interests. French newspaper Le Monde carried an article pointing out that the COVID-19 pandemic had created a new battlefield for the already conflict-laden trans-Atlantic relations.

In addition to previously forcing its European allies to greatly increase their military spending, sanctioning Europe for the latter's normal energy cooperation with Russia, and waving a trade protection stick at the continent, Washington's actions are increasing the alienation of bilateral relations. British newspaper The Guardian noted, "In many respects, the U.S. and Europe are further apart than at any time since 1941."

The United States' behavior during the pandemic is reminiscent of what Secretary of State Mike Pompeo said about foreign policy during his time as CIA director: "We lied, we cheated, we stole." Now Washington can add "we robbed" to the list. With a friend like the United States, who needs enemies?