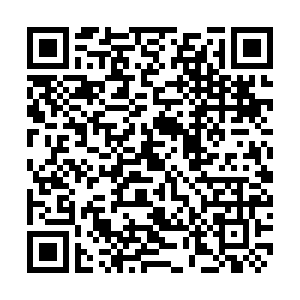 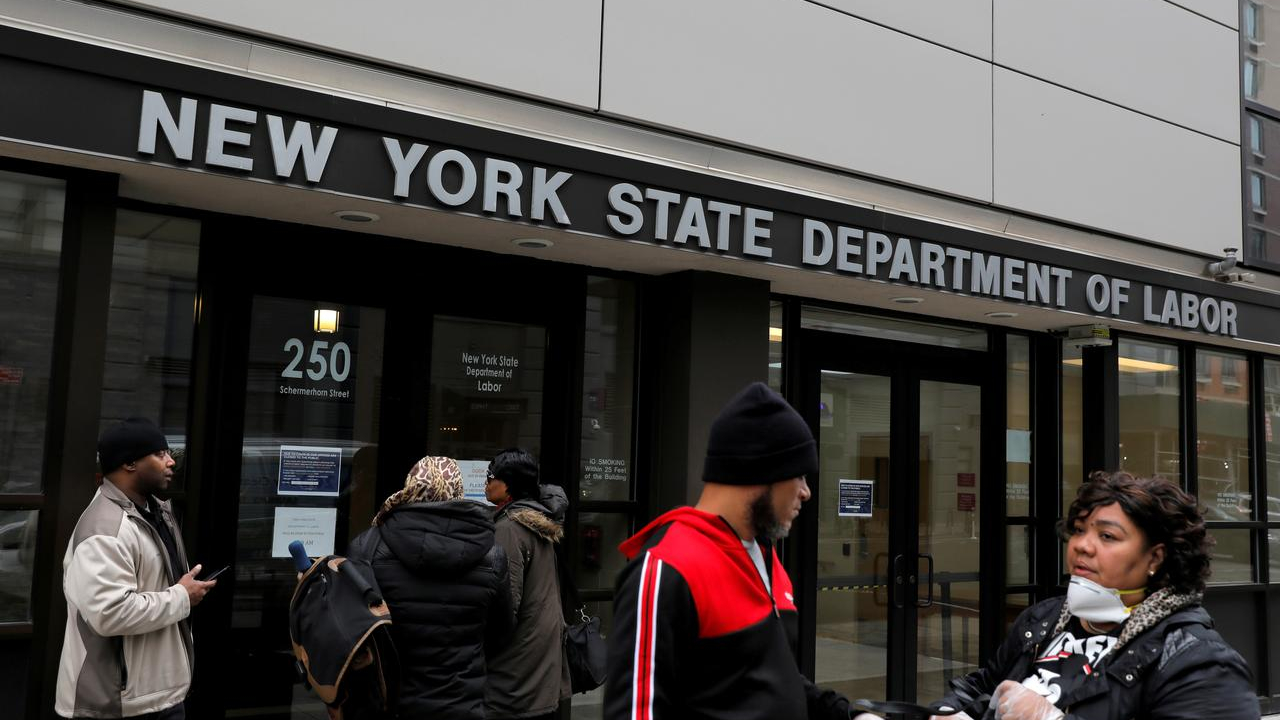 FILE PHOTO: People gather at the entrance for the New York State Department of Labor offices, which closed to the public due to the coronavirus disease (COVID-19) in the Brooklyn borough of New York City, U.S., March 20, 2020. /Reuters

FILE PHOTO: People gather at the entrance for the New York State Department of Labor offices, which closed to the public due to the coronavirus disease (COVID-19) in the Brooklyn borough of New York City, U.S., March 20, 2020. /Reuters

A staggering 16.8 million Americans have filed for unemployment benefits in the last three weeks, with weekly new claims topping 6 million for the second straight time last week as the novel coronavirus pandemic relentlessly wrecks the economy.

Thursday's weekly jobless claims report from the Labor Department, the most timely data on the economy's status, strengthens economists' expectations of job losses of up to 20 million in April and their conviction that the economy is in deep recession. It also underscored an urgent need for more fiscal stimulus to halt the free fall, economists said.

"In its first month alone, the coronavirus crisis is poised to exceed any comparison to the Great Recession," said Daniel Zhao, senior economist at Glassdoor, a website recruitment firm. "The new normal for unemployment insurance claims will be the canary in the coal mine for how long effects of the crisis will linger for the millions of newly unemployed Americans."

The record unemployment insurance claims numbers are the result of businesses such as restaurants, bars and other social venues being shuttered as states and local governments implement tough measures to control the spread of COVID-19, the respiratory illness caused by the coronavirus.

Initial claims for state unemployment benefits slipped 261,000 to a seasonally adjusted 6.606 million for the week ended April 4, the government said. Data for the prior week was revised to show 219,000 more applications received than previously reported, taking the tally for that period to 6.867 million. All told, a record 16.78 million people have filed claims for jobless benefits since the week ending March 21.

Economists polled by Reuters had forecast claims slipping to 5.250 million in the latest week, though estimates in the survey were as high as 9.295 million.

"Today's report continues to reflect the purposeful sacrifice being made by America's workers and their families to slow the spread of the coronavirus," said Labor Secretary Eugene Scalia in a statement.

Last week's moderation in claims is probably temporary as more than 95% of Americans are now under "stay-at-home" or "shelter-in-place" orders. Reports are mounting of state employment offices being overwhelmed by a flood of applications.

The breadth of businesses shuttered has widened to include transportation and factories. Retailers have also furloughed workers. Labor market turmoil led to consumer sentiment tumbling a record 18.1 points in early April to 71.0, the lowest reading since December 2011, a separate report showed on Thursday.

The Federal Reserve on Thursday rolled out a broad, $2.3 trillion effort to bolster local governments and small and mid-sized businesses in its latest move to keep the economy intact. Fed Chair Jerome Powell said the U.S. central bank would continue to use all the tools at its disposal until the economy started to fully rebound.

President Donald Trump last month signed a historic $2.3 trillion rescue package, which made provisions for companies and the unemployed. Both Trump and U.S. House of Representatives Speaker Nancy Pelosi have floated an infrastructure stimulus.

Stocks on Wall Street rallied on the latest stimulus from the Fed, while the dollar declined against a basket of currencies. U.S. Treasury prices were trading higher.