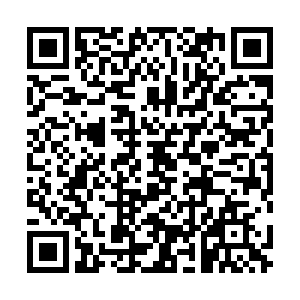 Israeli political commentators said Reuven Rivlin's decision, announced in a statement from his spokesman, made the prospect of a fourth national election, after inconclusive ballots in April and September 2019 and last month, more likely.

Gantz, head of the centrist Blue and White party, and Netanyahu, leader of the right-wing Likud, have been negotiating a power-sharing deal for an "emergency government" to tackle the coronavirus crisis.

An agreement had appeared imminent last week, but the talks hit a snag over judicial appointments, and Gantz asked Rivlin on Saturday for a two-week extension of a 28-day coalition-building mandate that expires on April 14.

Rivlin had proposed a unity government in which Netanyahu, in power consecutively for the past 11 years, and Gantz, a former armed forces chief, would take turns as prime minister. Neither secured a ruling majority in the legislature in the previous election on March 2.

In a statement, the president's spokesman said that if Netanyahu and Gantz did not sign a deal by Tuesday, and their respective levels of support in parliament did not change by then, neither would get his immediate nod to try to build a coalition.

Instead, under Israeli law, parliament would have 21 days to recommend a candidate - backed by a majority of legislators in the 120-seat body - for the task.

A parliamentary nominee would then have 14 days to form a government. Failure to do so would automatically trigger a new election, as was the case in the run-up to last month's poll.

Gantz ran in that race on a promise not to serve in a government with Netanyahu, citing the prime minister's indictment on corruption charges. Netanyahu, whose trial is due to open next month, denies those accusations.

But in a reversal that dismayed many of his supporters, Gantz, 60, said the coronavirus crisis had made a national emergency government with Netanyahu, 70, imperative.

Netanyahu has headed a caretaker administration in more than a year of political impasse.

With more than 10,000 reported cases of COVID-19 and 103 deaths, Israel's tight restrictions on movement aimed at curbing the coronavirus spread have forced many businesses to shut down and have sent unemployment rates soaring to about 25%.