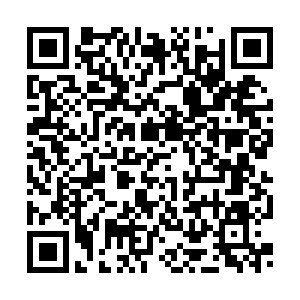 Trucks waiting for loading containers at the Port of Rizhao, Shandong Province, China on April 16, 2020./Xinhua.

Trucks waiting for loading containers at the Port of Rizhao, Shandong Province, China on April 16, 2020./Xinhua.

Note: The following article is taken from the Chinese-language opinion column "The Real Point."

China's statistics bureau reported on Friday that the country's gross domestic product (GDP) decreased 6.8 percent in the first quarter compared to a year ago. The drop was unsurprising given that China suspended most of its economic activities to save lives threatened by the contagious coronavirus.

The economic contraction was a price that must be paid and was worth paying. Obviously, the suspension was temporary, with the nation now returning to work after a nearly two-month pause and the decline in major economic indicators narrowing in the third month—both of which send out a strong signal.

The Purchasing Managers' Index (PMI), an indicator of business activity, rose to 52 in March from 35.7 in February. A PMI reading over 50 indicates expansion, while a reading below 50 suggests contraction. The new figure provides evidence that the Chinese economy is rebounding rapidly.

Meanwhile, the country's employment remained generally stable. In March, the surveyed unemployment rate in urban areas was 5.9 percent, 0.3 percentage points lower than that of February. In March, the consumer price index, a measure of inflation, went up by 4.3 percent year-on-year, 0.9 percentage points lower than February, which reflects increased food supply and enhanced logistics services.

Online retail sales of physical goods were worth some 260 billion U.S. dollars in March, up 5.9 percent from last year, 2.9 percentage points higher than the growth recorded in the first two months. Livestreaming was also booming during the epidemic.

The fundamentals of the industrial system, the forces driving the Chinese economy, haven not changed because of the disease. The country will continue to deepen reforms and open up its market, while also promoting innovation, continuously stimulating vitality, and exploring the potential of the economy—all of which are bolstering investor confidence in the Chinese market.

The International Monetary Fund has predicted China will be one of the few major economies to see growth this year. It also forecast that the country would be the fastest growing major economy, with an increase of 9.2 percent next year. The prediction reflects the organization's confidence in China's long-term development.

The spreading coronavirus pandemic has increased the downside risk to the world economy. However, if the country can come up with better preparation for a long-term response to major external risks, it has a good chance to take the initiative in accelerating post-pandemic development.