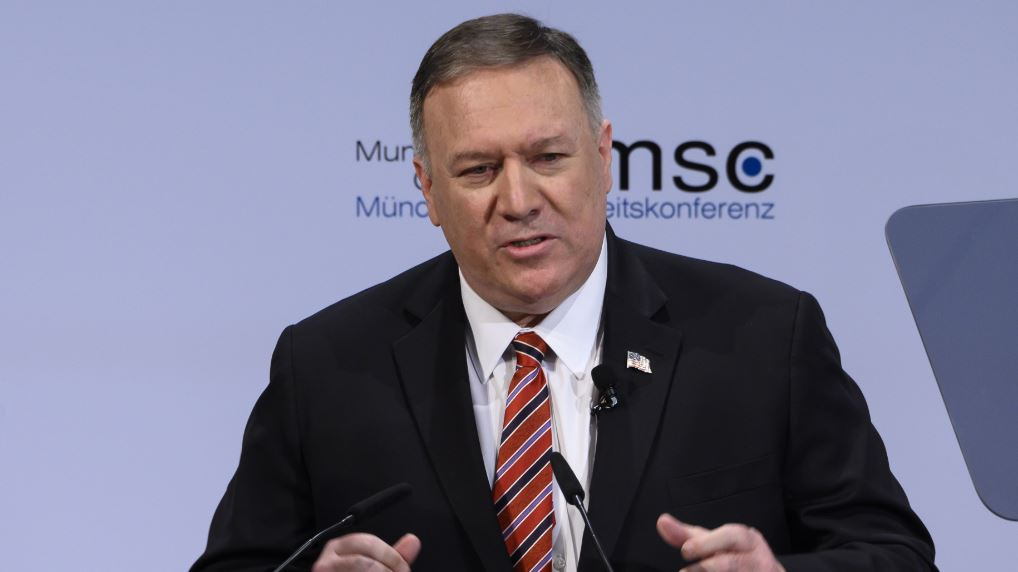 US Secretary of State Mike Pompeo speaks to the audience on the podium during the 5th Munich Security Conference (MSC). (Credit: Andrew Caballero-Reynolds/ Pool/ AFP)

US Secretary of State Mike Pompeo speaks to the audience on the podium during the 5th Munich Security Conference (MSC). (Credit: Andrew Caballero-Reynolds/ Pool/ AFP)

U.S. Secretary of State Mike Pompeo has urged the United Nations Security Council to extend Iran's arms embargo, saying lifting the sanctions may give rise to violence in the Middle East.

"The arms embargo on Iran - the world's leading state sponsor of terror - expires six months from today. The UN Security Council (UNSC) must extend the embargo before Iran's violence escalates and they start a new arms race in the Middle East. The clock is ticking," Pompeo said in a Twitter post on Friday.

Iran's arms embargo is scheduled to be lifted in October 2020, five years after it was imposed, and the Middle Eastern country is already looking forward to the time.

In November 2019, President Hassan Rouhani said Iran would regain access to the international arms market after the lifting of the sanctions.

"When the embargo...is lifted next year we can easily buy and sell weapons...This is one of those important impacts of this (nuclear) agreement," said Rouhani.

The lifting of the embargo is not however assured, given recent events that put the accord in jeopardy.

The U.S. withdrew from the deal in 2018, arguing that it was flawed to Iran's advantage.

The two countries have been embroiled in a dispute that has in some cases escalated into violence.

Pompeo believes Iran's acts of aggression warrant an extension of the arms embargo.

"In the last year, Iran fired ballistic missiles at its neighbors, mined and captured oil tankers, smuggled weapons into conflict zones, and shot down a civilian passenger jet. We can't risk Iran buying more advanced weapons and transferring their arsenal to irresponsible actors," said the 56-year-old.