COVID-19: What are U.S. politicians desperately trying to hide?
CGTN 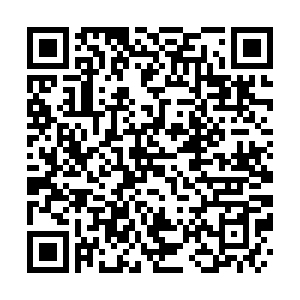 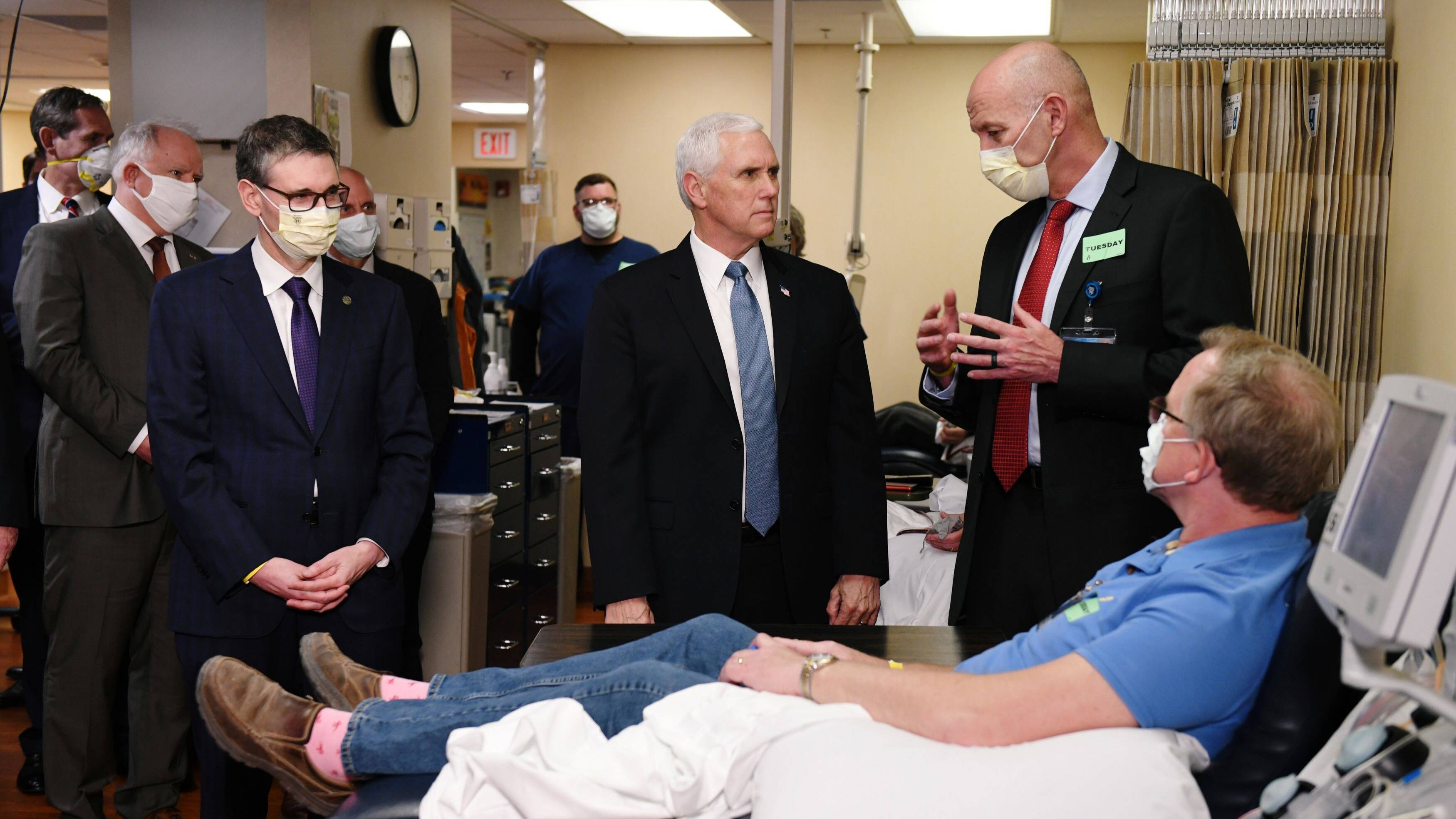 Vice President Mike Pence (C) visits Dennis Nelson, a patient who survived the coronavirus and was going to give blood, during a tour of the Mayo Clinic in Rochester, Minnesota, April 29, 2020. Pence came under fire for going maskless, an apparent violation of the world-renowned medical center's policy requiring them. /AP

Vice President Mike Pence (C) visits Dennis Nelson, a patient who survived the coronavirus and was going to give blood, during a tour of the Mayo Clinic in Rochester, Minnesota, April 29, 2020. Pence came under fire for going maskless, an apparent violation of the world-renowned medical center's policy requiring them. /AP

"Each one of those deaths is probably the tip of an iceberg of unknown size," Dr. Sara Cody, Santa Clara County's medical officer, said recently in an interview. According to the Los Angeles Times, postmortem testing has indicated that the county saw its earliest death of COVID-19 on Feb. 6th. This is nearly a month earlier than the first death announced by the U.S. Centers for Disease Control and Prevention, directly contradicting the official timeline of the epidemic in the United States.

So when did the epidemic first occur in the U.S.? Although some American politicians have been persistently trying to dump dirt on China, the earliest death of a COVID-19 patient in the U.S. had no history of overseas travel and is believed to have been infected with the virus in the community. Dr. Jeff Smith, Santa Clara County's Chief Executive, has suggested that COVID-19 could have been in the Bay Area and circulating, since late 2019 in December, according to the LA Times.

California Gov. Gavin Newsom ordered medical examiners and coroners across the state to review "coroner and autopsy reports going back to December in some counties." This March, when asked "so we could have some people in the United States dying for what appears to be influenza when in fact it could be the coronavirus," CDC director Dr. Robert Redfield replied that "some cases have actually been diagnosed that way in the United States today." The flu season in the U.S. began in September last year.

There is growing evidence which shows that the novel coronavirus appeared in the United States much earlier than the country's official announcement. Was the U.S. government just oblivious to the emergence of the epidemic? How many people exactly have been infected with the novel coronavirus? Did the United States use the flu to cover up its COVID-19 situation? Why has the U.S. government been so tardy in responding to the pandemic, but so fast and "efficient" in cracking down on domestic anti-epidemic forces and in dumping dirt on China?

Evidence suggests that the U.S. government deliberately concealed the early warning of the epidemic. According to the New York Times, as early as January, Dr. Helen Y. Chu, an infectious disease expert in Seattle, reported a confirmed American case of the coronavirus to state and federal officials, but she was ordered to keep her mouth shut and "to stop testing altogether". By the end of February, the White House also required U. S. officials, health departments and experts to seek approval from Vice President Mike Pence's office before speaking publicly about the epidemic. At the same time, a number of early warning reports regarding the early stages of the epidemic were ignored by the administration. Also, Captain Brett Crozier, the former captain of the aircraft carrier Theodore Roosevelt, got fired over his coronavirus warning… Where did the so-called freedom of speech and transparency of information in the United States go? What is the government trying to hide?

No one can hide from the truth. Quoting preliminary results described by U.S. Gov. Andrew M. Cuomo, the New York Times reports that "One in every five New York City residents tested positive for antibodies to the coronavirus." A study from Stanford University published on the 17th of April shows that the actual number of confirmed cases in the U.S.is likely to be 28 to 55 times higher than the officially reported figure. These further reveal that there are huge discrepancies in U.S. statistics.

As the only superpower in the world, the United States should invite the help of the WHO and launch an epidemiological investigation as soon as possible to save American lives, and to be responsible for safeguarding global public health security. However, what’s happening is the exact opposite: in order to shirk responsibility over their incompetent decision-making and ineffective prevention and control of the epidemic, some politicians in the United States have racked their brains on how to dump dirt on China. Being unhappy with the WHO’s objective evaluation about COVID-19, the United States has even cut funding to the organization to carry out political coercion, which has caused damage and interference to global anti-epidemic cooperation. This has been widely condemned by the international community.

At present, the number of confirmed cases in the United States has exceeded one million, and the situation of pandemic prevention and control is extremely urgent. "Dumping dirt”on anyone cannot make up for its own mistakes anymore, nor can it make up for the lost time and lost lives. American politicians should put the lives and safety of the people above political concerns, to sort out the muddle-headed disease prevention and control policies as soon as possible, and to be accountable to the American people as well as the international community.