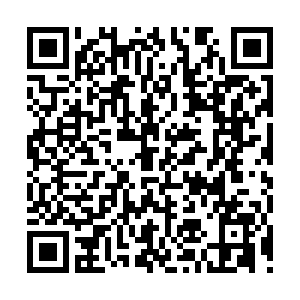 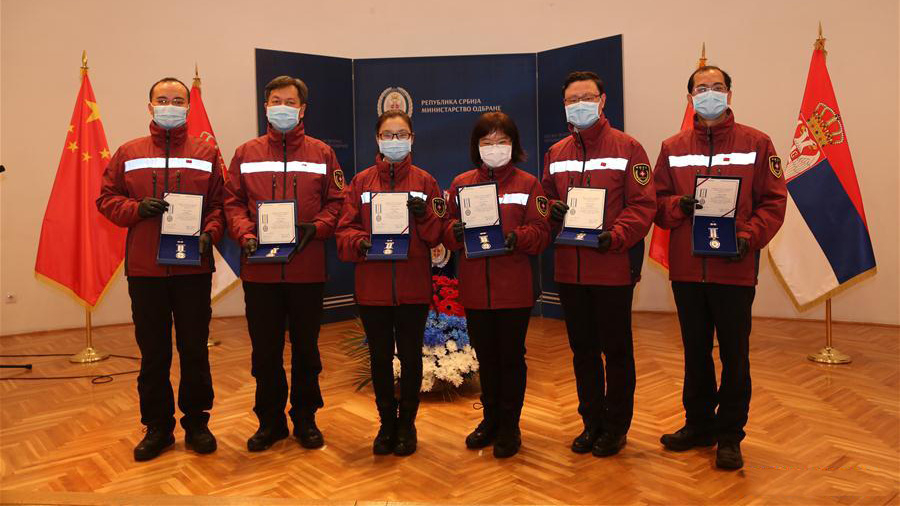 Serbia on Thursday awarded six Chinese medical experts with the Serbian army's most prestigious military honor for their contribution in the COVID-19 fight.

Serbia's Defense Minister Aleksandar Vulin presented the awards to the Chinese medics at the "Dom Garde" military facility in the presence of military officials and Chinese Ambassador to Serbia Chen Bo.

Thanking the experts for their guidance, advice and suggestions, Vulin recalled that the presence of the Chinese doctors helped the authorities in Serbia overcome fear even in the darkest moments of the pandemic.

"When other great powers were fighting over every package of masks and gloves and shattered any sense of humanity and forgot about old alliances and solidarity, when they were grabbing each other's ventilators and medicine, closed borders towards their closest neighbors and refused to help anyone -- the People's Republic of China rushed to help its friend, Serbia," Vulin said.

Vulin noted that hardships reveal the true nature of all peoples, countries and politicians who lead them. "Serbia and China showed courage and solidarity."

The Defense Minister said that the "steel friendship" between China and Serbia had been tested once again in the fierce battle against COVID-19, and it became even stronger. Peng Zhiqiang, head of the Chinese expert medical team was awarded the "Memorial military medal for outstanding contribution to Serbia's defense system." He said that the medals confirmed their hard work, and were also a symbol of that "steel friendship."

He said that "by spotting the transition from mild to severe form of the disease early, and by reacting with a proper intervention to treat severe cases, the death rate from COVID-19 here is currently the lowest in Europe."

"We are sure that the future will bring even better epidemic control measures, that production will gradually restart, that people will return to work and that the economy will recover quickly along with efficient epidemic control," Peng said.

On his part, Ambassador Chen said that the medals awarded to the Chinese doctors prove Serbia's care and respect.

"The epidemiological situation in Serbia is getting better but the battle is still ongoing. China is ready to continue its cooperation with Serbia and invest efforts into joint victory," she said.

Chen said that the Chinese doctors have already spent a month in Serbia and provided valuable contributions to the fight against COVID-19. Three doctors will remain in Serbia to continue assisting their hosts in overcoming the pandemic, and the other three will return to China. Chen said that if needed, China is ready to send three more experts to Serbia.