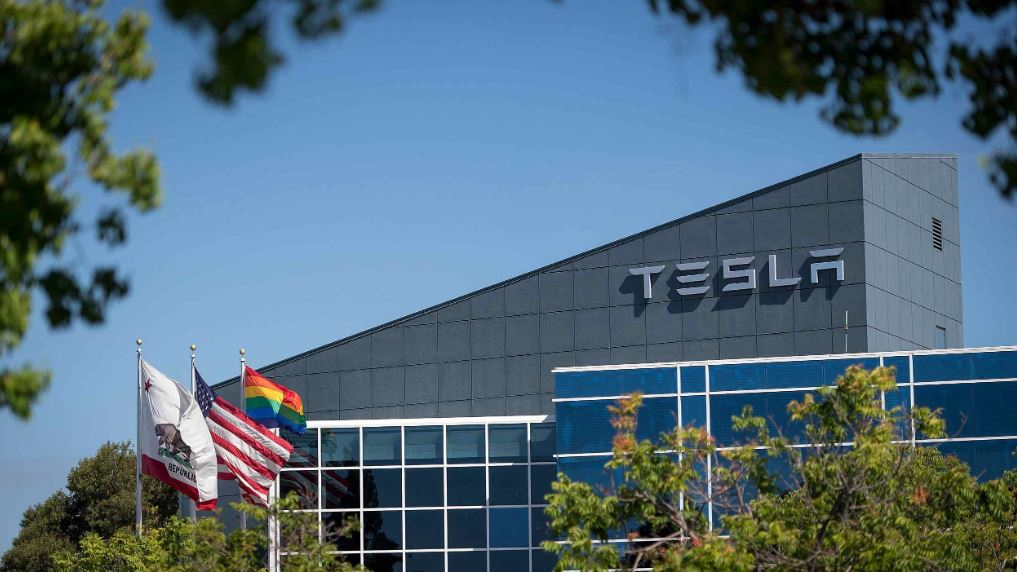 Flags fly outside of a Tesla building in Fremont, California, June 20, 2018. /VCG Photo

Flags fly outside of a Tesla building in Fremont, California, June 20, 2018. /VCG Photo

Tesla Inc sued local authorities in California on Saturday as the electric carmaker pushed to re-open its factory there and Chief Executive Elon Musk threatened to move Tesla’s headquarters and future programs from the state to Texas or Nevada.

Musk has been pushing to re-open Tesla's Fremont, California, factory after Alameda County’s health department said the carmaker must not reopen because local lockdown measures to curb the spread of the coronavirus remain in effect.

In a blog post on Saturday, Tesla said the county’s position left it no choice but to take legal action to ensure Tesla and its employees can go back to work. The electric carmaker filed a lawsuit against the county in San Francisco federal court.

"Frankly, this is the final straw. Tesla will now move its HQ and future programs to Texas/Nevada immediately," Musk tweeted in a long diatribe, characteristic of past online rants which are not necessarily carried out.

Referring to the California city where the cars are produced, Musk said that "if we even retain Fremont manufacturing activity at all" it will depend on "how Tesla is treated in the future."

Tesla had hoped to reopen the California factory, its only in the United States, in the beginning of May, but had been prevented by local authorities.

Musk highlighted the company's experience in China, where production of electric cars resumed after the country's COVID-19 epidemic was brought under control.

"Tesla knows far more about what needs to be done to be safe through our Tesla China factory experience than an (unelected) interim junior official," he tweeted, referencing a local-level health officer.

California's governor Gavin Newsom recently hinted at allowing manufacturers to resume their business as the U.S. federal government pushes for a reopening of the economy.

But Alameda County, where the Tesla factory is located, is due to remain shut until the end of May.

It is reported that a spokesperson for the county's public health department said that the local COVID-19 lockdown order only allowed essential businesses to reopen.

"Tesla has been informed that they do not meet those criteria and must not reopen," the spokesperson said.

The irascible, outspoken billionaire, who announced the birth of a son with musician Grimes earlier this week, threatened to "immediately" sue Alameda County, accusing its authorities of being "irrational & detached from reality."

Its health officer, he said, had acted contrary "to the Governor, the President, our Constitutional freedoms & just plain common sense!"

Musk made headlines just over a week ago with a different Twitter rant declaring that Tesla's stock was overvalued, which sent the electric carmaker's shares tumbling more than 10 percent.

Several days prior he delivered an expletive-laden diatribe during an earnings call in which he dubbed coronavirus restrictions "fascist."

Tesla managed to post a modest but surprise 16 million U.S. dollars in profit during the first quarter, a 33 percent jump in car deliveries and turnover that climbed by 32 percent to 5.99 billion U.S. dollars.

(With inputs from Reuters, AFP)