Time to reveal what's going on in U.S. biolabs 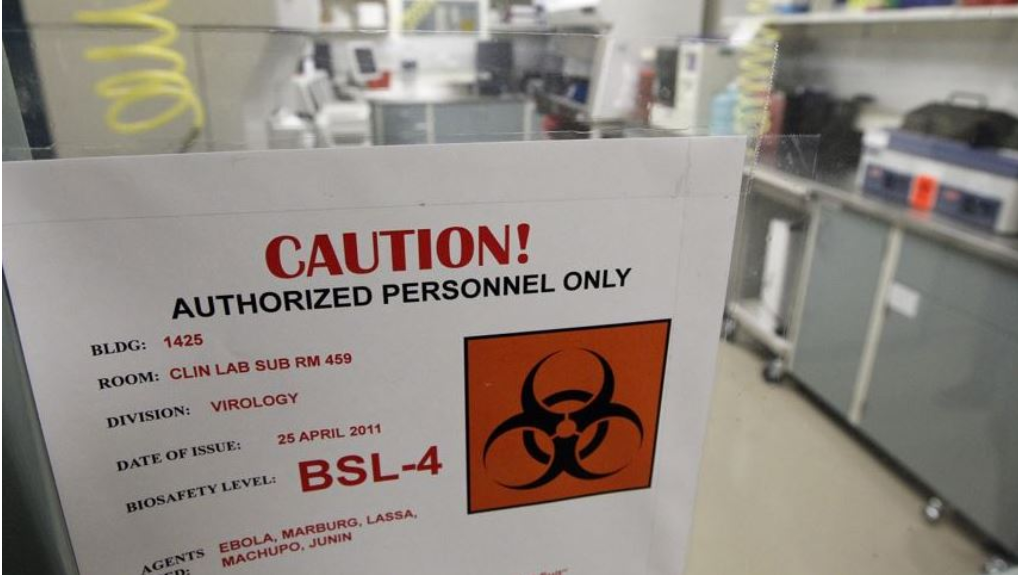 A sign on the door of a Biosafety Level 4 laboratory at the U.S. Army Medical Research Institute of Infectious Diseases in Fort Detrick, Maryland on August 10, 2011. [Photo: AP]

A sign on the door of a Biosafety Level 4 laboratory at the U.S. Army Medical Research Institute of Infectious Diseases in Fort Detrick, Maryland on August 10, 2011. [Photo: AP]

Note: The following article is taken from the Chinese-language opinion column "The Real Point".

Russian Foreign Minister Sergey Lavrov on Wednesday questioned Washington's intensive deployment of biological laboratories in countries neighboring China and Russia, as well as its unwillingness to disclose the biological experiments being performed in those facilities.

Furthermore, he noted that for about 20 years the United States has been one of the few countries against a protocol establishing a mechanism to verify and check parties' compliance with their commitment not to create biological weapons. Their behavior has raised international concerns about what is really going on in the labs.

According to reports, the U.S. has more than 200 biological laboratories established worldwide and large-scale dangerous infectious diseases have been found around some of them. For example, the army lab at Fort Detrick in Maryland, which is the country's largest biochemical weapons base, was shut down in July last year, but the CDC refused to give any details on the grounds of "national security".

Once regarded as the center of the U.S. government's darkest experiments, the lab was also the CIA's base for secret chemical and mind control experiments. According to The New York Times, the research involved biological agents and toxins that have been determined to have the potential to pose a severe threat to public health and safety, to animal and plant health, or to animal or plant products.

What's even more worrisome was that a vaping-related lung disease, the symptoms of which resemble those of COVID-19 pneumonia, broke out in a community just one hour's drive away from the lab shortly after the lab was shut down. The timing and the location of the outbreak appear dubious, especially since e-cigarettes have been sold in the country since 2007.

In March, many Americans signed a petition that asked the White House to disclose the real reason behind the closure after the CDC decided to reopen the Fort Detrick lab. They also wanted clarification about whether the lab was related to the novel coronavirus and if there had been a virus leak. Unsurprisingly, U.S. authorities and politicians have remained silent on the issue.

The unusual silence from Washington has raised international concerns as to what kind of risks the U.S. biolabs, which are found in former Soviet Union member countries, Southeast Asian nations and African countries, may pose to global public health security.

According to USA Today, hundreds of incidents of unintended exposure to deadly biological microorganisms have occurred in U.S. biolabs since 2003. While rare, the report noted that there have been lab-created outbreaks that have spread to people or animals in the surrounding community.

Anna Popova, Head of the Russian Federal Service for Supervision of Consumer Rights Protection and Human Well-Being, said in November that Georgia disestablished its own epidemic prevention agency and replaced it with a lab set up by the United States in 2003. After that, Crimean-Congo hemorrhagic fever and anthrax broke out in Georgia.

As Lavrov pointed out, the U.S. stands almost alone against the resumption of negotiations on the verification protocol of the 1972 Biological Weapons Convention, which has won support from many of the signatory countries. Washington has repeatedly blocked the effort, claiming that the biological field is not for verification because it may threaten what they call "national interests and trade secrets", as well as "facilitate industrial espionage activities".

What threats to humanity are being hidden in those suspicious biological labs? It is a question that needs to be honestly answered by Washington, especially when the world faces a major threat to its public health safety.