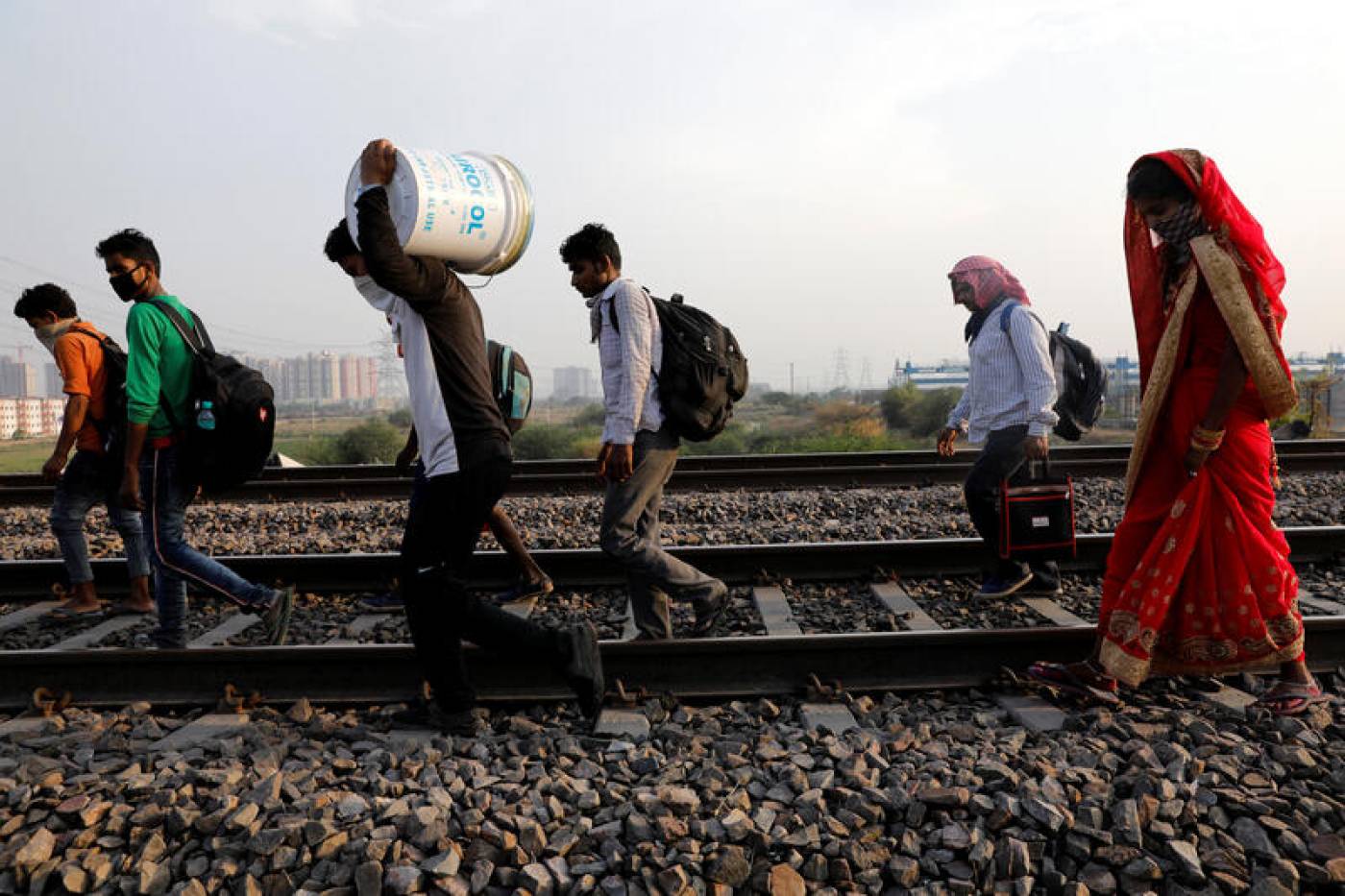 Migrant workers walk along a railway track with their faces covered to return to their home states, May 13, 2020. /Reuters Photo

Migrant workers walk along a railway track with their faces covered to return to their home states, May 13, 2020. /Reuters Photo

At least 30 migrant workers were killed on Saturday in India after a truck they were traveling in collided with another vehicle, with dozens of others injured, as they tried to return to their home villages during a nationwide coronavirus lockdown, officials said.

Scores have died in road and rail accidents and even from exhaustion walking home.

The accidents, in central and northern India, were the latest involving some of the millions of laborers left stranded and jobless by the seven-week shutdown, many of whom live far away from home.

In the most deadly incident, a truck carrying about 40 laborers struck another vehicle also carrying workers and their families that was parked at a roadside cafe in Uttar Pradesh, and killed least 25 and injured 30, according to local magistrate Abishek Singh.

It is thought the driver of the truck had fallen asleep, Singh said. The vehicle was carrying lime powder which suffocated many of those who died, all of whom were men, he added.

Prime Minister Narendra Modi called the accident "extremely tragic" in a Twitter post and said relief work was in "full swing" at the scene.

A drunk driver was blamed for the second accident, in Madhya Pradesh, when a truck bringing laborers back from neighboring Maharashtra state overturned, local official Shashi Mishra said, adding that four of the five dead were women and 17 people were injured.

The millions of laborers, who live off subsistence wages, have become a major concern for the government as it prepares to ease the lockdown from Monday in a bid to get the economy moving again. 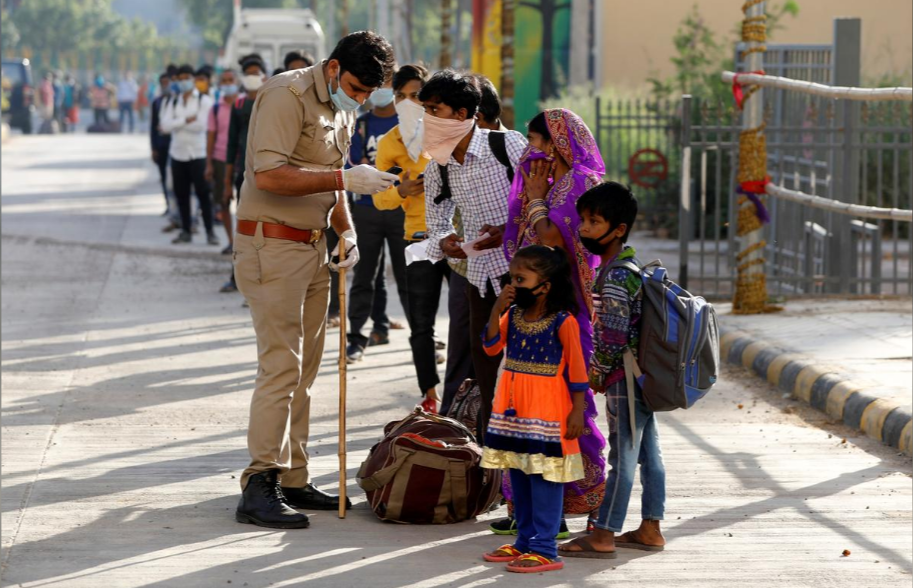 A police officer checks the tickets of a migrant family to board a bus after the limited reopening of India's public transportation in Noida, India, May 16, 2020. /Reuters Photo

A police officer checks the tickets of a migrant family to board a bus after the limited reopening of India's public transportation in Noida, India, May 16, 2020. /Reuters Photo

The government has responded to criticism of its handling of the migrant worker crisis by promising extra finance to get those stranded back home and provide food rations.

Many businesses shut down overnight after the lockdown began on March 25 in India, leaving millions suddenly out of work. Desperate to return to their home states, many migrants have walked hundreds of kilometers or hitched rides on trucks. Sixteen were killed this month when a train ran over them as they slept on a railway track.

The government is also battling a surge in coronavirus cases in major cities such as Mumbai and New Delhi as it prepares to ease the lockdown. Cases in India rose by nearly 4,000 overnight to 90,648.