Coronation of the King of Scapegoating 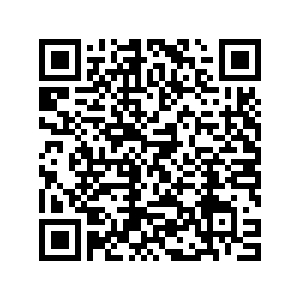 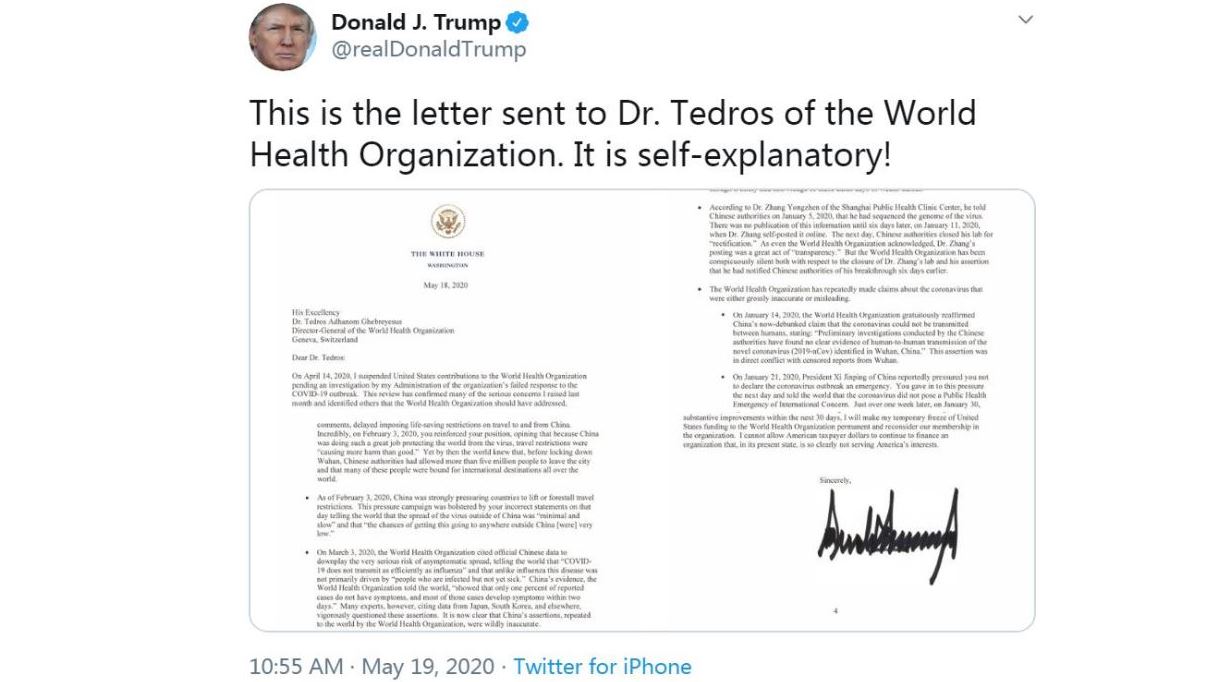 A screen grab of President Donald Trump's letter sent to the WHO chief in a tweet on May 19, 2020.

A screen grab of President Donald Trump's letter sent to the WHO chief in a tweet on May 19, 2020.

President Donald Trump has threatened to permanently cut U.S. funding and quit the World Health Organization if the UN health body fails to implement "major" reforms within 30 days. This latest attempt to divert attention away from its own mismanagement of the coronavirus pandemic shows just how anxious his administration is becoming with the presidential election only months away.

Since the outbreak of the virus, the White House has shifted from pretending everything is under control to casting criticism onto anyone possible, after its pandemic response proved to be an unmitigated disaster. China has conveniently been the Trump administration's first and foremost scapegoat ever since the coronavirus was first identified in Wuhan.

One prevalent accusation is the conspiracy theory that COVID-19 was made in a Chinese lab, which has been refuted by countless medical experts from around the world, including some from the U.S. In CDC director Robert Redfield's latest testimony at a Congress hearing, he once again disproved Washington's claim that China deliberately covered up the outbreak and was not timely or transparent in sharing information.

Media analysis has concluded that it was the inadequate response and political calculations of U.S. policymakers that contributed to the early warnings issued by China and other parties being repeatedly ignored, thereby resulting in missed valuable opportunities. The administration's dereliction of duty has led to more than 1.5 million infections and over 91,000 deaths, so far.

Sadly, the ongoing tragedy hasn't stopped these policymakers from passing the buck, with finger pointing and a disregard for science causing chaotic scenes in the life-and-death battle against COVID-19. Domestically, the Democratic Party and CDC have been scapegoats for Washington's incompetence, and, internationally, European allies were accused of exporting infections to the U.S.

When it comes to the WHO, the Trump administration has repeatedly made it a scapegoat. At the World Health Assembly held on Monday, U.S. health secretary, a former pharmaceutical lobbyist, Alex Azar accused the UN agency of failing to "obtain the information that the world needed" and claimed that the "failure cost many lives."

In Trump's Twitter letter to the WHO, he accused the organization of consistently ignoring "credible reports of the virus spreading in Wuhan in early December 2019 or even earlier, including reports from The Lancet." However, the medical journal stated that its first report on the novel coronavirus in Wuhan was published on January 24 by scientists and physicians from Chinese institutions.

As an article carried by USA Today pointed out, "Trump created a culture of impunity, buck-passing and blame-shifting" and he "takes the credit for good things he doesn't do and none of the blame for the bad things he does, which is nearly everything he does."

His administration's behavior will not only exacerbate its own moral and credibility deficits, but also alienate the relationship between the United States and the international community, shaking its global leadership. He who keeps playing the buck-passing game will go down in history as the "King of Scapegoating".