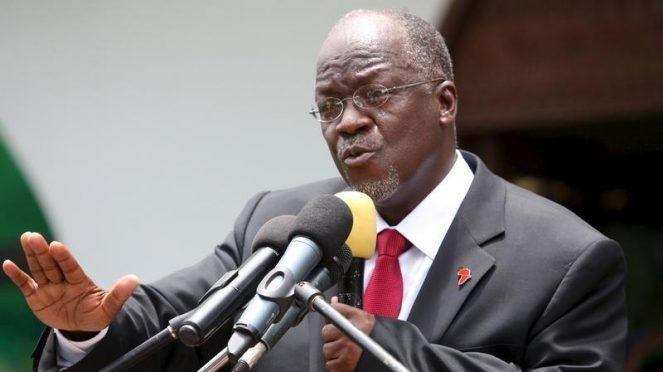 Tanzanian President John Magufuli has said the number of coronavirus patients in hospitals is declining, although the government has not released data on infection rates for many weeks.

The president has repeatedly downplayed the risk of the pandemic, causing alarm among neighbouring African countries and international organisations.

The government has even urged Tanzanians to dedicate three days for thanksgiving this weekend as they say they're beating the virus.

However the main issue is that there's been no official data on the coronavirus for weeks, and there are concerns that the authorities are trying to downplay the extent of the outbreak.

Doctors and healthcare professionals are afraid to speak out about coronavirus because of a climate of fear.

"Tanzania has always had very repressive laws against freedom of expression and the press," says Roland Ebole, a regional researcher at Amnesty International.

"We are now seeing these laws being used in a more intensive way to target those who are speaking out, especially about Covid-19," says Mr Ebole.

The government stopped releasing daily updates on the number of positive cases in April, with the president saying they were creating panic.

The Africa Centres for Disease Control and Prevention has "strongly" called on Tanzania to release its latest data on the outbreak.

The last figures, published on 29 April, reported 480 cases and 21 deaths (its island territory Zanzibar has since added 29 more cases in May).

He says the number of patients in two large hospitals in the commercial capital, Dar es Salaam, has dropped from 228 to 18, although he didn't give a timeframe for these figures. He also gave figures for a few other hospitals around the country.

It's not possible to verify this data, or obtain numbers for wider infections and death rates across the country, and calls for greater transparency have been ignored.