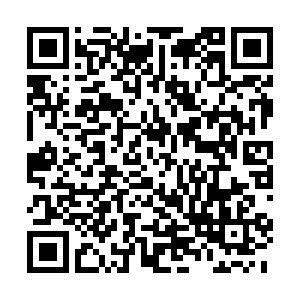 A view of a busy street as businesses close ahead of the lockdown restrictions set by the government to prevent the rampant spread of the coronavirus disease (COVID-19), in Eastleigh district of Nairobi, Kenya May 6, 2020. /Reuters

A view of a busy street as businesses close ahead of the lockdown restrictions set by the government to prevent the rampant spread of the coronavirus disease (COVID-19), in Eastleigh district of Nairobi, Kenya May 6, 2020. /Reuters

Small and medium-sized businesses in Kenya are registering a steady surge in activities as business picks up in the East African nation amid observation of COVID-19 containment measures.

Business is resuming as some companies that had sent their workers on leave following the pandemic in March allow them back.

Similarly, a number of people who decided to stay at home to enforce physical distancing are resuming work as they observe measures to curb the spread of the disease.

Some of the businesses, particularly in the Nairobi city center that are registering a beehive of activities, include commuter vehicles known as matatus, salons and barber shops, chemists, clothes and shoes shops, and hotels and eateries.

Banks and supermarkets, which though did not close down but had witnessed reduced activities in the last two months as people stayed away, are also registering a surge in the number of customers.

The steady resurgence in business portends bright prospects for the small and medium-sized enterprises as the country battles the disease.

"We are happy that at least business is picking up,”said Andrew Mutie, who sells women shoes and clothes in central business in Nairobi.

"Most of my customers started to return to work a week ago and I am now getting orders for clothes, shoes and bags, not as it was the case for the last two months,”he added.

The return of workers in the city center has also come as a boon for hundreds of matatu operators who had been greatly affected by the stay at home measure.

Some of the matatu operators had grounded their vehicles due to low number of commuters moving from the residential areas to the city center and vice versa.

The government in March directed the commuter buses to carry half the capacity of the vehicles for passengers to maintain physical distancing.

While the matatus tried to compensate the loss of income by raising the fare, low number of commuters worsened the situation.

"More people are coming to the city center which assures us business both in the morning, during the day and the evening. Though the curfew time is affecting business, things are improving," said Geoffrey Muriuki, a conductor with Rembo Shuttle on the Kitengela-Nairobi route.

A survey in the capital Nairobi on Thursday indicated that the number of people visiting various businesses is on the rise, with hotels and eateries, banks and supermarkets being among the top beneficiaries of the resurgence.

At an eatery on Kimathi Street in the central business district of Nairobi, several customers sat at different tables observing guidelines put in place as they ate their food.

The facility, like some others in Nairobi, started in-service over a week ago after testing all its workers for COVID-19 as directed by the government.

"People are coming back, especially this week, there has been good traffic but we have to maintain physical distance,”said Jane, a waiter at the outlet.

Ernest Manuyo, a lecturer at Pioneer Institute in Nairobi, noted that people are resuming activities as they observe containment measures as reality dawns that they must learn to live with the virus around.

President Uhuru Kenyatta has hinted at re-opening the economy from next month when the period of the current dusk to dawn curfew ends.

Central Bank of Kenya governor Patrick Njoroge observed that he expects resumption of normalcy in various sectors from June.

"Cessations of some restrictions especially in sectors like hospitality have helped boost business and we expect next month business to surge further. Small businesses are the backbone of the economy, so it is a good thing if activities resume," he said.