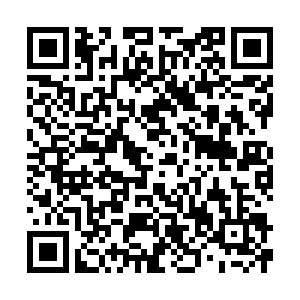 Manchester United’s Odion Ighalo trains on his own again in a public park in Cheshire, England, May 15, 2020. /VCG

Manchester United’s Odion Ighalo trains on his own again in a public park in Cheshire, England, May 15, 2020. /VCG

Manchester United on Monday announced an extension of the loan deal for Nigerian striker Odion Ighalo until January 2021 from Chinese side Shanghai Greenland Shenhua.

The 30-year-old arrived at Old Trafford on the final day of the January 2020 transfer window and was due to return to China after the end of the season, which was initially scheduled for May.

The season has however been suspended since March due to the COVID-19 pandemic.

Since his arrival at Manchester United, Ighalo has scored four goals in eight appearances, and is deemed to be a necessary option for Ole Gunnar Solskjaer in his quest to lead the club back to the Champions League.

Solskjaer hinted at Manchester United’s wish to extend Ighalo’s stay in England in an interview with MUTV last week.

“They [Shanghai Greenland Shenhua] have been great towards us, allowing him to play for his dream club. It’s been a dream for him and hopefully he can finish what he started and win a trophy with us,” he said.

The Premier League is set to return on June 17 and Solskjaer is expected to have a strong team for the crucial run to the end of the season. The plan has been boosted with the return of Paul Pogba and Marcus Rashford to training.