European High Representative of the Union for Foreign Affairs, Josep Borrell talks during a video news conference on external action of the EU in the next multi annual framework in Brussels, Belgium, June 2, 2020. /Reuters

European High Representative of the Union for Foreign Affairs, Josep Borrell talks during a video news conference on external action of the EU in the next multi annual framework in Brussels, Belgium, June 2, 2020. /Reuters

The European Union has joined in condemnation of the death of an unarmed black man in the United States as police arrested him and warned U.S. President Donald Trump he did not have the power to change the format of G7 summit.

The bloc's top diplomat termed George Floyd's death "an abuse of power" and warned against further excessive use of force.

"Like the people of the United States, we are shocked and appalled by the death of George Floyd ... all societies must remain vigilant against the excessive use of force," Josep Borrell, the EU's foreign policy chief, told reporters.

Borrell called Floyd's death a "very, very unhappy" one and said it showed "an abuse of power" by law enforcement. "We condemn racism of any kind ... we trust in the ability of the Americans to come together, to heal as a nation".

After several minutes of the police office pressing his knee on Floyd's neck, the victim went silent and was later pronounced dead. 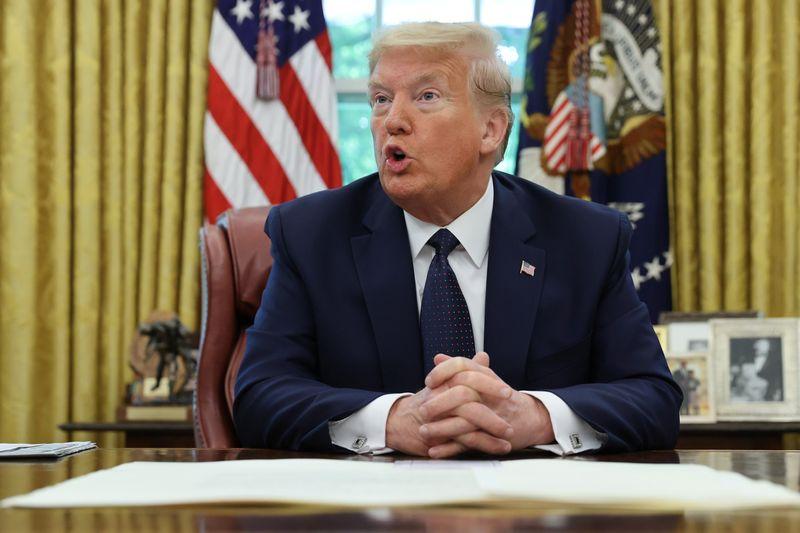 Trump said on Saturday he would delay the G7 summit scheduled for this month and invite other countries, including Russia, to join the meeting. Borrell responded Russia should not be re-admitted.

Moscow was expelled from the club of the world's leading industrial nations in 2014 after Crimea was incorporated into Russia but Trump says the current membership is "outdated."

Borrell argued that Russia should not be allowed back in until it "changes course and the environment allows for the G8 again to have a meaningful discussion, and this is not currently the case."