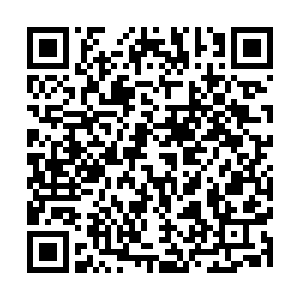 FILE PHOTO: Sudanese demonstrators display their national flag and the national flag of South Sudan, as they attend a sit-in protest outside the Defence Ministry in Khartoum, Sudan April 14, 2019. /Reuters

FILE PHOTO: Sudanese demonstrators display their national flag and the national flag of South Sudan, as they attend a sit-in protest outside the Defence Ministry in Khartoum, Sudan April 14, 2019. /Reuters

Sudan's Prime Minister Abdalla Hamdok pledged justice on Wednesday for scores of pro-democracy protesters killed a year ago when security forces broke up a sit-in outside the defence ministry.

According to Reuters, the demonstration was the culmination of weeks of protests that led the army to overthrow veteran leader Omar al-Bashir and ushered in a power-sharing agreement last year.

The military – including a powerful paramilitary force that witnesses and activists said played a leading role in the raid – is now in a fragile, three-year pact with civilians.

Hamdok, an economist and former senior United Nations official, leads a transitional government and named a commission in October to investigate the raid.

"I assure you all, that achieving comprehensive justice and retribution for the souls of our hero martyrs … and for the wounded and missing is an inevitable and irreversible step," Hamdok said in a televised speech.

"We are awaiting the completion of the independent investigation committee's work, which will be followed by referring all those found guilty of participating in the massacre that dispersed the sit-in to fair and public trials."

Some protesters took to the streets of the capital Khartoum on Wednesday morning carrying pictures of victims and chanting "Our martyrs are not dead, they are alive with the revolutionaries", a Reuters witness said.

The number of victims from last year’s raid has been disputed. Activist doctors have said nearly 130 people were killed in the raid and ensuing violence.

Authorities should make investigation findings public and give prosecutors resources to follow up, "including bringing charges against those responsible at the highest levels," Human Rights Watch said in a statement.

"One year on, victims of the bloody crackdown have heard many promises but are yet to see any form of accountability," said Jehanne Henry, the group's East Africa director.