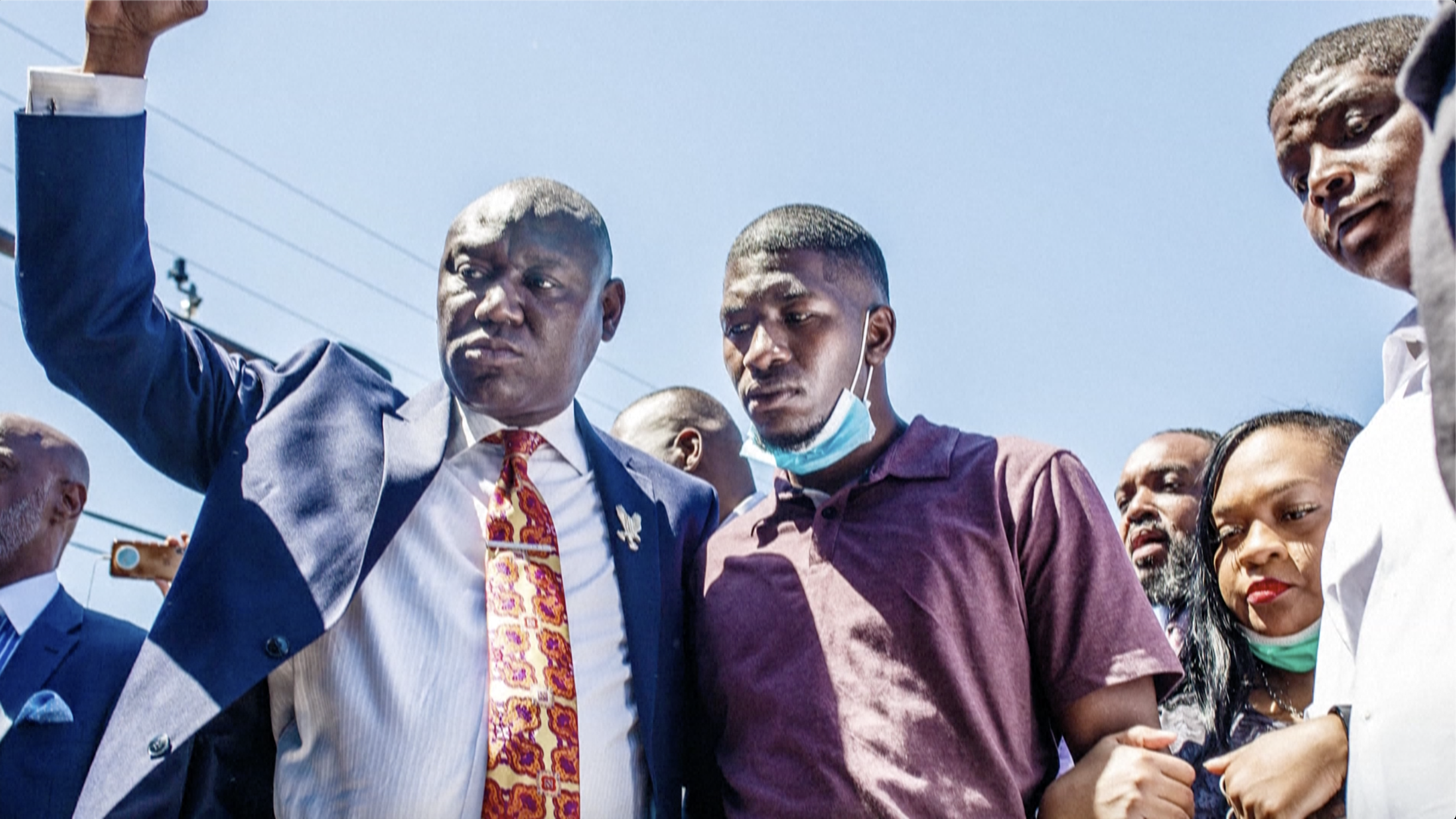 Prosecutors on Wednesday leveled new criminal charges against all four Minneapolis police officers in the death of an unarmed black man who was pinned by his neck to the street during an arrest, sparking nine days of nationwide protests.

Derek Chauvin, arrested Friday on charges of third-degree murder and manslaughter in the death of George Floyd, 46, was newly charged with an additional, more serious count of second-degree murder, according to court documents filed in the case.

The new charge can carry a sentence of up to 40 years, 15 years longer than the maximum sentence for third-degree murder.

Chauvin, 44, was the white officer seen in a widely circulated video kneeling on Floyd's neck for nearly nine minutes as Floyd gasped for air and repeatedly groaned, "Please, I can't breathe," before growing motionless while bystanders shouted at police to let him up. Floyd was pronounced dead at a hospital shortly after the fatal encounter on May 25.

Those three – Thomas Lane, J. Alexander Kueng and Tou Thao – have also been taken into custody. 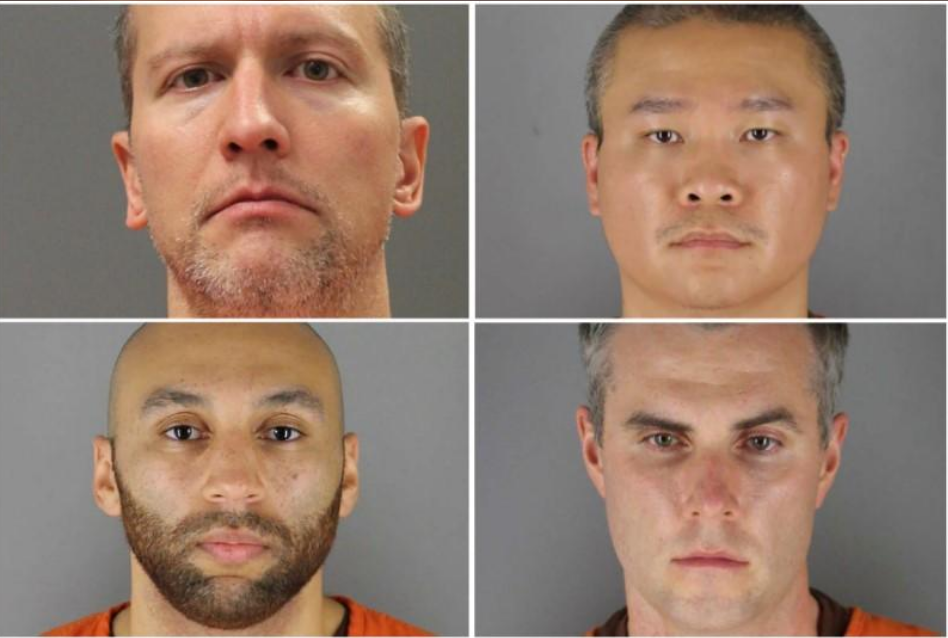 Floyd's death has become the latest flashpoint for long-simmering rage over police brutality against African-Americans, propelling the highly charged issue of racial bias in the U.S. criminal justice system to the top of the political agenda five months before the U.S. presidential election on November 3.

Scenes of protesters of all races flooding the streets – mostly peaceful but sometimes accompanied by arson, looting and clashes with police – have fueled a sense of crisis.

The mass public activity followed weeks of lockdown due to the coronavirus pandemic, which forced millions of Americans out of work and disproportionately affected minorities.

Minnesota Attorney General Keith Ellison, a black former U.S. congressman, has requested that bail be set at one million U.S. dollars for each of the four former officers, court documents showed.

When reached by Reuters over the phone, Earl Gray, the attorney for Lane, said he had not received any information on the charges yet. Attorneys for the other officers who are being charged did not immediately respond to requests for comment. 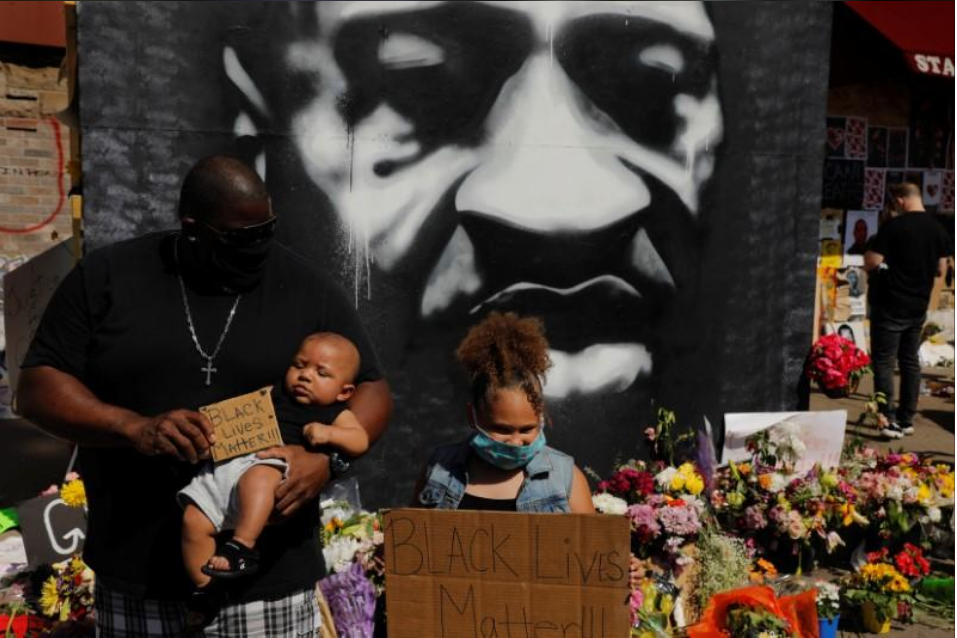 People stop to look at a mural built at the scene of the death, in Minneapolis police custody, of George Floyd in Minneapolis, Minnesota, U.S., June 3, 2020. /Reuters

People stop to look at a mural built at the scene of the death, in Minneapolis police custody, of George Floyd in Minneapolis, Minnesota, U.S., June 3, 2020. /Reuters

"This is a significant step forward on the road to justice, and we are gratified that this important action was brought before George Floyd's body was laid to rest," Benjamin Crump, attorney for the Floyd family, said in a statement.

He later told CNN that Chauvin should be facing a first-degree murder charge, and that Ellison had informed Floyd's family that the investigation is ongoing and other charges could be filed.

Protesters who have vented their anger over Floyd's death in major U.S. cities over the past week had demanded the case be widened to include all the officers who were present during the incident.

"This is another important step for justice," said U.S. Senator Amy Klobuchar, who is from Minnesota and a potential running mate for presumptive Democratic nominee Joe Biden in the Nov. 3 election.

Tens of thousands of people defied curfews and took to the streets of cities coast to coast for an eighth night in protest over Floyd's death and brutality against other black Americans.

Authorities took the unusual step of ordering the curfews, and bands of police in riot gear and other heavily armed officers patrolled, ringing landmarks and shouting at protesters while helicopters roared overhead.

The demonstrations have been mostly peaceful with less looting and vandalism overnight and clashes between police and protesters were more sporadic.

Republican President Donald Trump has said justice must be done in Floyd's case but also touted a hard line on violent protests, threatening to use the military to end the chaos. Biden has vowed to heal the racial divide in the nation if he is elected.