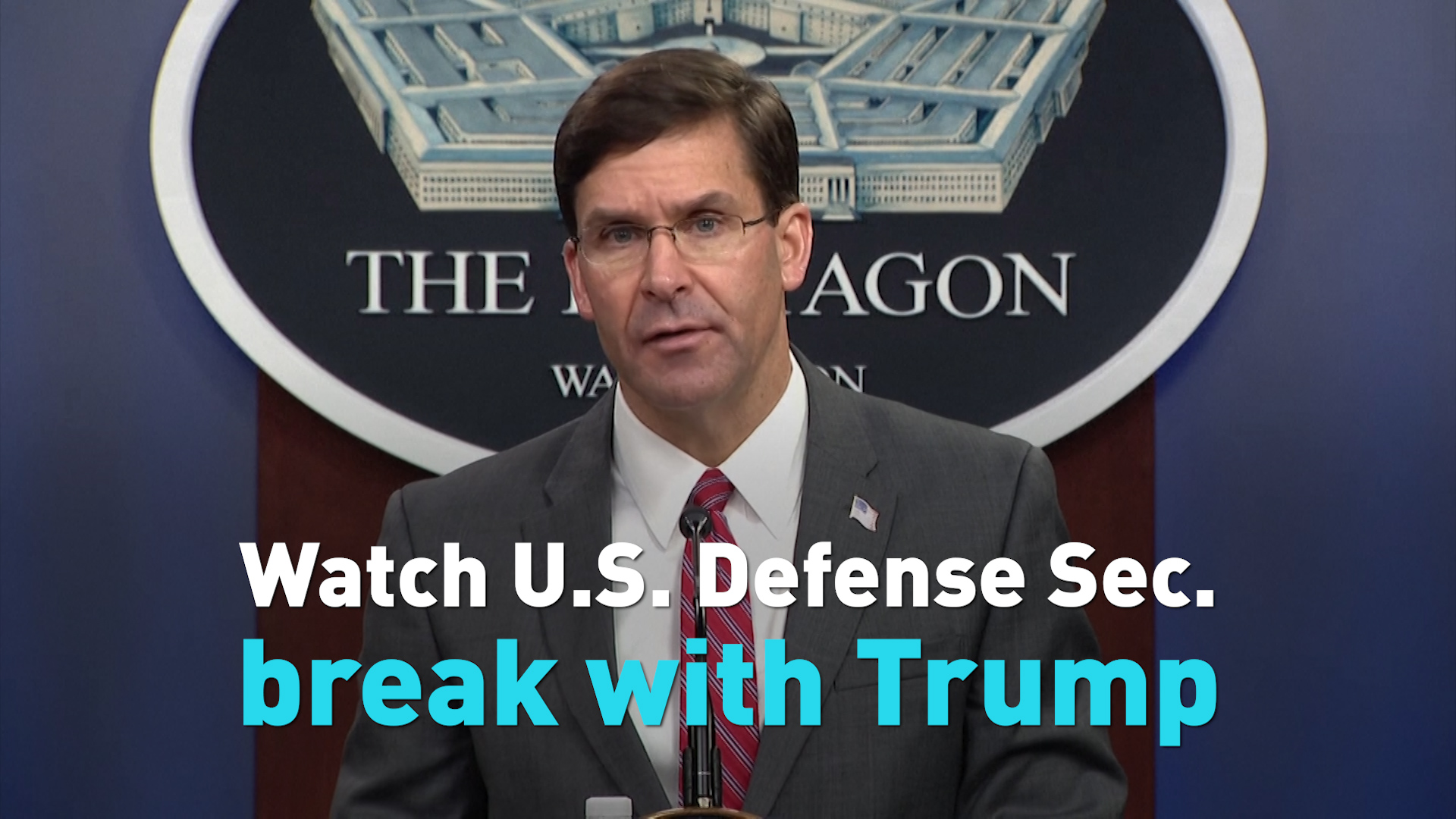 Trump said this week he could use military forces in states that fail to crack down on sometimes violent protests over the killing of George Floyd, an unarmed black man, at the hands of a white police officer in Minneapolis.

"The option to use active-duty forces in a law enforcement role should only be used as a matter of last resort and only in the most urgent and dire of situations. We are not in one of those situations now," Esper told a news briefing.

"I do not support invoking the Insurrection Act."

Reuters reported that, Esper's news conference did not go over well with either the president or his top aides, an administration official said, speaking on the condition of anonymity.

To deploy the military on U.S. soil for law enforcement purposes, Trump would need to invoke the 1807 Insurrection Act - something last done in 1992 in response to the Rodney King riots in Los Angeles.

The military has pre-positioned 1,600 active duty forces on the outskirts of Washington, D.C., to deploy if needed.

Esper said he regretted using the term "battlespace" this week to describe areas gripped by protests.

"In retrospect, I would use different wording so as not to distract from the more important matters at hand or allow some to suggest that we are militarizing the issue," he said.

Trump's threats to deploy active duty troops — even in states that oppose its use to address civil unrest — has stirred alarm within the U.S. military and in Congress, where a top Republican warned it could easily make troops "political pawns."

Esper said he was unaware that he would be part of Trump's politically charged photo opportunity on Monday, when law enforcement forcibly cleared a park outside the White House of peaceful protesters so that the president could take a picture in front of a church holding a Bible.

He acknowledged the difficulty of deploying the military without entering the political fray.