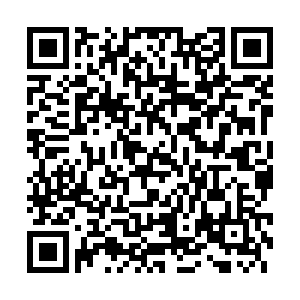 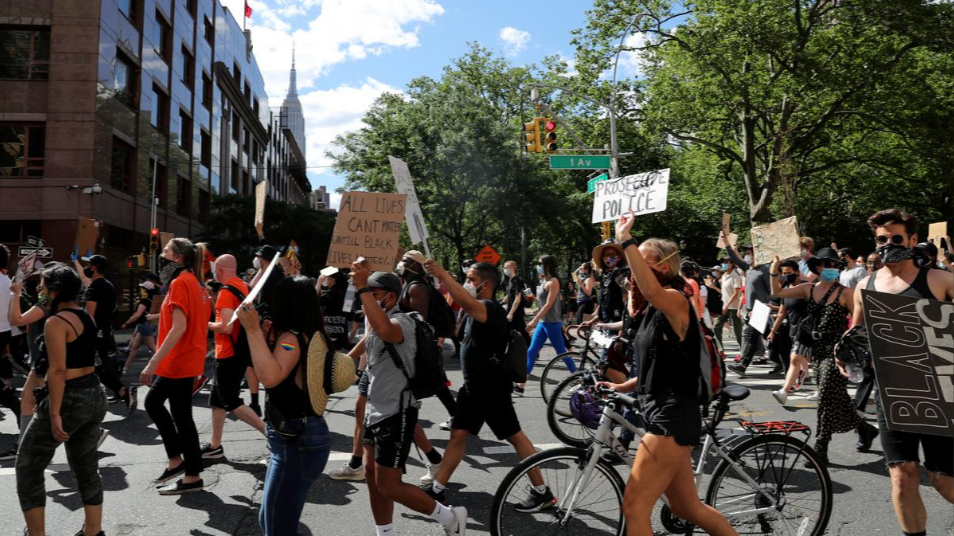 Demonstrators march in Manhattan during a protest against racial inequality in the aftermath of the death of George Floyd in Minneapolis police custody in New York, U.S. June 7, 2020. /Reuters

Demonstrators march in Manhattan during a protest against racial inequality in the aftermath of the death of George Floyd in Minneapolis police custody in New York, U.S. June 7, 2020. /Reuters

A senior U.S. official told Reuters that U.S. President Donald Trump said at one point in the past week that he wanted to deploy 10,000 troops to the Washington, D.C. area to quell the protests, showing how close the president may have come to fulfilling his threat to deploy active-duty troops in U.S. cities, despite opposition from Pentagon leadership.

Trump reportedly made the demand during a "contentious" meeting, at which Defense Secretary Mark Esper, the chairman of the Joint Chiefs of Staff, General Mark Milley, and Attorney General William Barr recommended against such a deployment.

Trump has since appeared satisfied with deployments by the National Guard, the option recommended by the Pentagon and a more traditional tool for dealing with domestic crises. Pentagon leaders scrambled to call governors with requests to send Guard forces to Washington. Additional federal law enforcement were mobilized too.

But also key for Trump appears to have been Esper's move to preposition – but not deploy – active-duty soldiers from the 82nd Airborne Division and other units in the Washington, D.C. area. Those troops have since departed.

"Having active-duty forces available but not in the city was enough for the president for the time," the official said.

However, Barr pushed back on the reports in an interview with CBS's "Face the Nation," saying that Trump didn't order or suggest the deployment of troops.

Ultimately, members of the 82nd Airborne Division were put on standby to enter Washington, D.C. but weren't deployed. Barr said he and other officials only wanted to use the troops if conditions in the capital got worse.

One of the best known U.S. military units, the 82nd Airborne is an infantry division that specializes in parachute assault operations, typically in crisis situations, and is deployable anywhere in the world on very short notice.

"I think our position was common, which was that they should only be deployed if as a last resort, and that we didn't think we would need them," said Barr.

The comments reflect deep unease inside and outside the Pentagon with Trump's willingness to inject the U.S. military into a domestic race relations crisis following the killing of George Floyd, 46, who died on May 25 after a Minneapolis policeman knelt on his neck for nearly nine minutes. 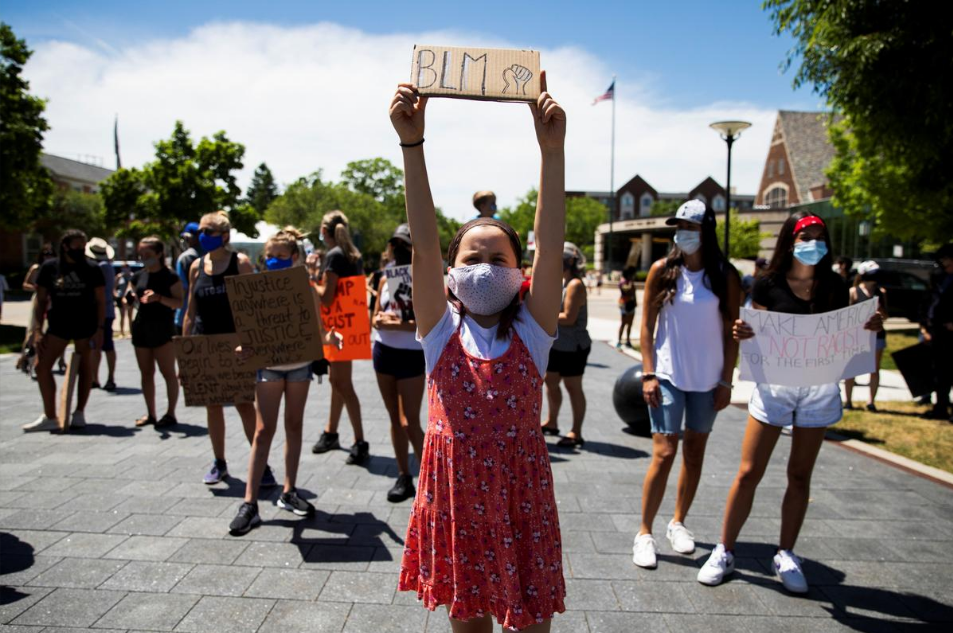 A girl holds up her sign at Shain park during a protest against racial inequality in the aftermath of George Floyd's death in Minneapolis police custody in Birmingham, Michigan, U.S. June 7, 2020. /Reuters

A girl holds up her sign at Shain park during a protest against racial inequality in the aftermath of George Floyd's death in Minneapolis police custody in Birmingham, Michigan, U.S. June 7, 2020. /Reuters

Floyd's death has led to a wave of protests and national soul-searching over the country's legacy of violence and mistreatment of African Americans and other minorities.

On Sunday, the near-festive tone of many of the weekend's major U.S. rallies stood in sharp contrast to scenes of clashes, looting and vandalism earlier in the week that authorities and activists blamed largely on outside agitators and criminals.

In New York City, at least a half dozen loosely organized groups of protesters marched through midtown Manhattan in bright sunshine on Sunday afternoon carrying handmade signs with slogans including, "Defund the Police, Fund Schools." In Bryant Park, a crowd gathered behind the New York Public Library, then marched down 42nd Street past Grand Central Terminal to United Nations Headquarters on the East River.

Another group marched toward Times Square but, according to social media posts, were turned aside without incident by police who blocked access to the famous "Crossroads of the World," best known for the dropping of the crystal ball on New Year's Eve.

It was a far cry from the scene in the city on some recent nights when some officers in riot gear resorted to heavy-handed tactics as they sought to enforce a curfew.

New York City Mayor Bill de Blasio announced that the curfew was being lifted on Sunday, a day ahead of schedule.

Criticized by activists who say he should have reined in NYPD officers during recent demonstrations, he also announced a series of reforms that he said were designed to build trust between city residents and the police department.

In response to growing calls to defund police in many cities, de Blasio told reporters he would shift an unspecified amount of money out of the police budget and reallocate it to youth and social services in communities of color.

He said he would also take enforcement of rules on street vending out of the hands of police, who have been accused of using the regulations to harass minority communities.

( With input from agencies )