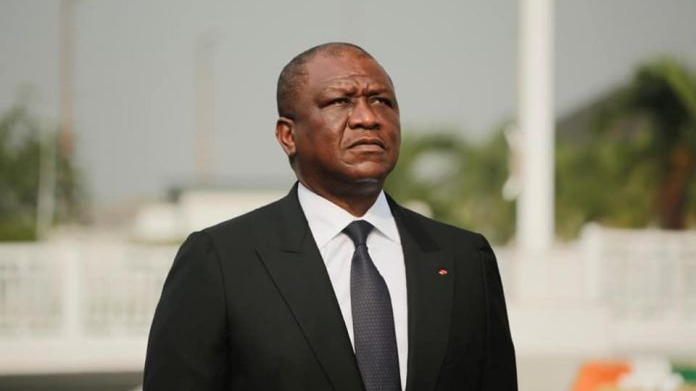 Cote d'Ivoire President Alassane Ouattara has appointed Defence Minister Hamed Bakayoko as prime minister after his predecessor died suddenly this month, according to the presidency on Thursday.

The death of former Prime Minister Amadou Gon Coulibaly, who had been handpicked by Ouattara to succeed him, left his ruling party scrambling to find a replacement three months ahead of the presidential election.

The Oct. 31 vote is seen as crucial for the stability of Cote d'Ivoire, the world's top cocoa producer, which has spent Ouattara's decade in office rebuilding from a brief civil war that followed his first election win in 2010.

Bakayoko, a former radio and newspaper executive and longtime ally of Ouattara, had been considered a possible replacement for Gon Coulibaly as the presidential candidate.

However, the ruling party on Wednesday formally asked Ouattara to run again. Ouattara, who had announced in March that he would step down after the election, said he would take some time before deciding whether to run - a move his opponents say would violate constitutional term limits.

Bakayoko, 55, has a reputation as a populist and showman who holds rowdy campaign rallies. He will retain his position as defence minister in his new post, the presidency said in a statement.