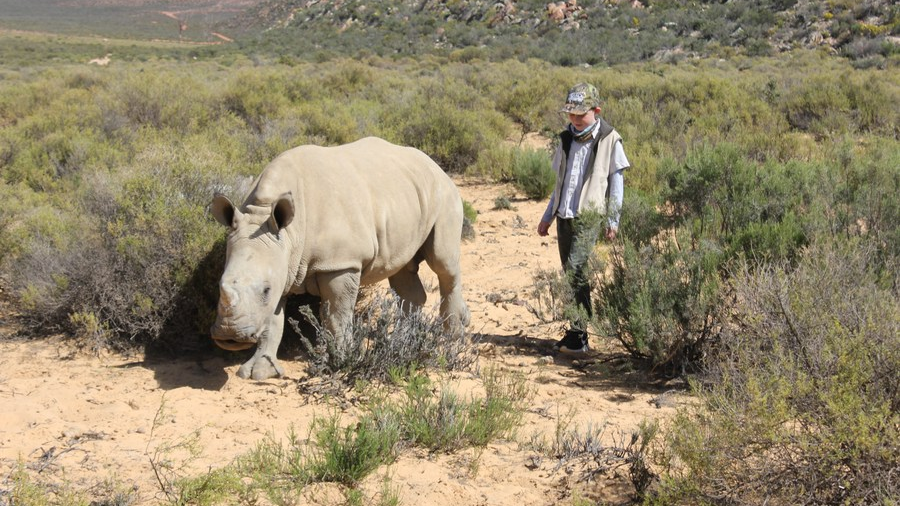 South Africa has seen a sharp decrease in rhino poaching thanks to a decade of implementing various strategies, Minister of Environment, Forestry and Fisheries, Barbara Creecy announced on Friday.

At least 166 rhinos were poached in South Africa during the first six months of 2020, a decrease of almost 53 percent compared with the same period of 2019 when 316 were lost to poachers for their horns, Creecy said.

"We have been able to arrest the escalation of rhino losses,”Creecy said in a statment marking the World Ranger Day which is observed on July 31 annually to commemorate rangers killed or injured in the line of duty and to celebrate the work rangers do to protect the world's natural and cultural heritage.

The results are due to the success of“a decade of implementing various strategies, and campaigning against ever increasing rhino poaching by local poachers recruited and managed by crime syndicates,”according to Creecy.

The reduction in rhino poaching has been especially welcomed in the Kruger National Park (KNP), one of Africa's largest game reserves in northeast South Africa.

The park saw zero rhino killing in the Intensive Protection Zone in April, the first time in practically 10 years, the minister said.

The COVID-19 lockdown also contributed to the reduction in rhino poaching.

Forty-six rhinos were poached across the country from the time lockdown began on March 27 until the end of June 2020, with 14 lost in April, 13 in May and 19 in June, Creecy said.

In the KNP, 88 rhinos were poached in the first six months of 2020. As the lockdown restrictions were gradually lifted, rhino poaching incidents have slowly increased in the park, said Creecy.

Thirty-eight suspected rhino poachers were taken into custody and 23 firearms were confiscated in the KNP from January to June, she said.

Meanwhile 47 suspects were arrested and 18 firearms were recovered in joint operations outside of the park.

Creecy praised the excellent cooperation and teamwork among law enforcement agencies in uncovering attempts to smuggle rhino horns valued at around 115 million rand (about seven million U.S. dollars) through the O. R. Tambo International Airport in Johannesburg early in July 2020.

The decrease in rhino poaching can also be attributed to the disruption of the supply chain resulting from the national travel restrictions, including limitations placed on movement across the country, according to Creecy.

Rhino-related prosecutions indicate that 23 suspects accused of poaching have been convicted with lengthy sentences from January to June 2020.

South Africa is home to about 85 percent of the world's rhino population, making it the center of the poaching crisis.