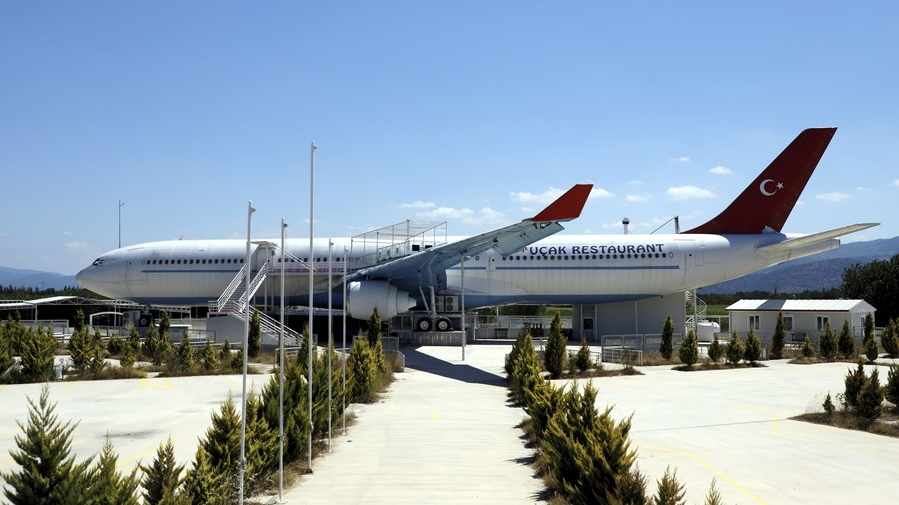 Turkey's largest airplane restaurant is seen on a private field on Aug. 4, 2020. /Xinhua

Turkey's largest airplane restaurant is seen on a private field on Aug. 4, 2020. /Xinhua

Turkey's largest restaurant, transformed from an old Airbus, has been put on sale for 10 million Turkish liras or 1.4 million U.S. dollars, a real estate agent told Xinhua on Tuesday.

The Airbus A340, belonging to Turkey's national flag carrier Turkish Airlines, was made into eight pieces in Istanbul after it completed its life in the air in 2016, according to Huseyin Caliskan, the real estate agent.

The pieces of the giant aircraft were later transported to the Burhaniye district of the northwestern province of Balikesir in at least seven trucks to be converted into a charming venue with a capacity of 280 people.

Since then, it has been the symbol of the region, hosting numerous wedding ceremonies, parties and dinners, Caliskan said.

A Turkish entrepreneur, who had invested 1.5 million dollars for its conversion, recently decided to sell it after having some health problems, according to the agent.