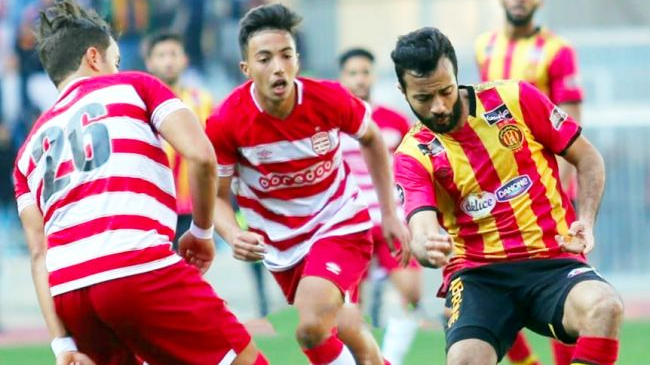 Espérance were crowned Tunisian league champions for a record-extending 30th time following a 1-1 draw against Chebba at the Stade Olympique de Radès on Sunday. /Espérance club

Espérance were crowned Tunisian league champions for a record-extending 30th time following a 1-1 draw against Chebba at the Stade Olympique de Radès on Sunday. /Espérance club

Espérance were crowned Tunisian league champions for a record-extending 30th time following a 1-1 draw against Chebba at the Stade Olympique de Radès on Sunday.

It also meant that Espérance had won the league title for a fourth straight season.

Following a goalless first half, the league leaders fell behind to a Jilani Abdessalam goal just before the hour mark in the second half. However, they were behind for mere minutes as defender Abdelkader Bedrane leveled the tie and, with no goals after that, the match ended in a draw.

Espérance's nearest challengers CS Sfaxien defeated top four hopefuls Étoile du Sahel 2-1 thanks to goals from Kingsley Sokari and Ashraf Habbessi. Salah Hrabi pulled one back for Étoile du Sahel but it was not enough to change the result.

However, even if CS Sfaxien, who are nine points behind Espérance with three games left, could win all their remaining matches, and Espérance loses all of its matches, they will finish level on points. However, Espérance will still end up above CS Sfaxien by virtue of their superior head-to-head record having won 2-0 and then drawn 0-0.

Monastir, earlier, missed the chance to go into second place above CS Sfaxien following a shock 2-1 defeat to lowly Bizertin. Yacine El Kassah and Mouhab Aouina scored for Bizertin while Ahmed Mazoud had equalized for Monastir. The win saw Bizertin move off the bottom of the table into 13th place.

Club Africain failed to strengthen its hold on fourth place after losing 2-0 to Slimane. Club Africain had goalkeeper Saifeddine Charfi sent off 10 minutes before halftime before goals from Rami Bouchniba and Mohamed Boussetta either side of halftime earned Slimane the win.

Ben Guerdane ended a two-game losing streak despite throwing a two-goal lead to draw 2-2 against Stade Tunisien. A penalty from Fakhreddine Ouji and a strike from Mostafa El Faramawy gave Ben Guerdane a 2-0 lead going into halftime. However, Jacques Themopole and Ben Sassi scored after the break to earn Stade Tunisien a point.

A goal in each half from Yassine Salhi and Marouene Ghribi earned JS Kairouan a 2-0 win against Hammam-Lif. Meanwhile, Ismael Diakhite's brace and another goal by Rafik Kamergi saw US Tataouine beat Metlaoui 3-1 whose consolation goal was scored by Malek Boulaabi.

(With input from Ligue Professionnelle 1)