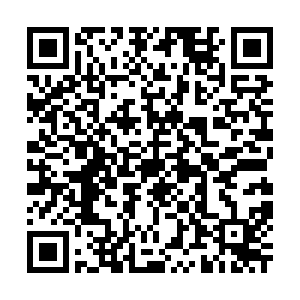 Tanzania's Edna Lema is one of a handful of female football coaches. She talked to CGTN's Isaac Lukando in Tanzania.

Tanzania's Edna Lema is one of a handful of female football coaches. She talked to CGTN's Isaac Lukando in Tanzania.

According to FIFA data from a 2019 survey, women account for just 7 percent of licensed football coaches worldwide.

Tanzania's Edna Lema is one of a handful of female football coaches - she is currently the assistant coach of Twiga Stars which is the country's national women's soccer team. Edna's journey to the top however, has not been an easy one.

CGTN's Isaac Lukando was in the field during their practice session and says, Edna Lema never thought she would one day become a football coach.

Discouragement, few opportunities, and no female role models made her path a difficult one. She credits her confidence and the Tanzania Football Federation (TFF) for where she is now.

"I can say they are behind my success through the immense support they continue to give me to ensure I reach my goals. This is because when you talk of the three female coaches in the country Edna Lema's name is one of them so I am grateful to TFF and I believe they have good plans for me," Edna Lema, assistant coach, Tanzania Women Football team submits.

Edna has been coaching the women's under 17 national team for 4 years now.

Protasia, a national team player, says there is an advantage to having a female coach.

"We see her as a mother or sister so there are some things that are easier to approach her as opposed to a male. She gets ample time to talk to us in our changing rooms. Male coaches can't do such a thing." Protasia Mbunda, player, Tanzania Women U-17 Team says.

As part of commitment to increase the opportunities that exist within football for female coaches, the world football governing body FIFA started a mentorship program in 2018.

Enabling women in the game to acquire new knowledge, skills, and experience that they can harness in their careers, ultimately addressing the disproportionate representation of female coaches in football.

Female coaches still face skepticism from some Tanzanian fans but many are supportive.

Moses Theodory - Football Fan says: "They are quite capable. If they attend more courses they will do even better. Because even if you look at their performance, female teams did well in various competitions last year and even went on to finals and won."

Globally, only a handful of female coaches have crossed over to coach men's teams.

Edna is optimistic that she may be the first to do so in Tanzanian football.

"So I want to see myself one day teach a male team at whatever level. To see that I can successfully execute what I envision as I face the men."

With every coaching session, Edna hopes and prays for a future that has more women coaching the game she loves.