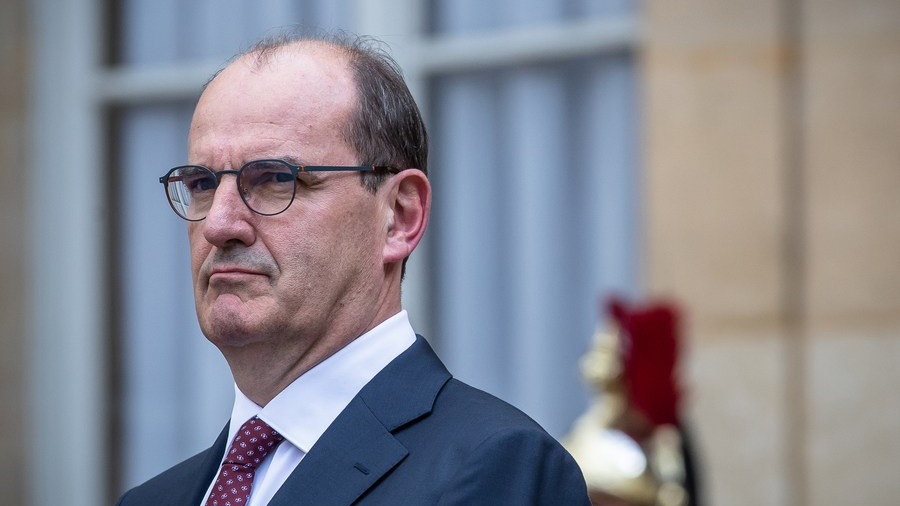 Jean Castex attends the handover ceremony in the courtyard of the Hotel Matignon in Paris, France, July 3, 2020. /Xinhua

Jean Castex attends the handover ceremony in the courtyard of the Hotel Matignon in Paris, France, July 3, 2020. /Xinhua

French Prime Minister Jean Castex has tested negative for COVID-19 after having been in contact with the boss of Tour de France who had tested positive for the coronavirus, Castex's office said on Tuesday.

"The test undergone today by the prime minister, who does not present any symptom, is negative," said Castex's office in a statement, adding that he will undergo another test in seven days.

Castex "is in good form" but "will nevertheless continue to respect the (social distancing) rules, notably by staying at Matignon (office building of the French prime minister) till D+7," it added.

Castex spent time in the car of Tour de France Director Christian Prudhomme during Saturday's stage of the cycle race. Prudhomme tested positive for COVID-19 and will go into isolation for seven days, the race's organizers said earlier on Tuesday.

The prime minister would be subject to the same rules as anyone else and would have to go into isolation if he tested positive, said President Emmanuel Macron earlier during a visit to a youth employment center in Auvergne in central France.

France is facing a resurgence of COVID-19 in recent days. On Tuesday, 6,544 new confirmed infection cases were recorded, bringing the cumulative national total to 335,524, while the total deaths since the outbreak of the epidemic went up by 39 to 30,764, according to the data released by the health ministry.