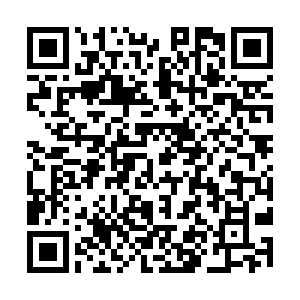 The corruption case against former South African President Jacob Zuma was postponed until December 8, according to a statement by the National Prosecuting Authority (NPA).

The NPA on Tuesday said the postponement was to allow the resolution of outstanding pre-trial management issues.

"By agreement, all parties have committed to the provisional postponement of the matter for the resolution of pre-trial management issues," the statement by regional spokesperson Natasha Kara said.

The issues highlighted are: Thales’ application for review and further particulars from the State and further clarity on the resumption of international travel under the COVID-19 restrictions which affects witnesses and Thales’ representative, from abroad.

On Sunday, the Jacob G Zuma Foundation issued a statement saying there will be "no court appearance" on Tuesday due to the NPA's "unreadiness to proceed with the trial" against him.

"For too long, the NPA together with the media accused President Zuma of applying delaying tactics. Yet, it is the NPA that is not ready to proceed when President Zuma calls upon it to present its case against him."

The JG Zuma Foundation went on to urge the NPA and the courts to "treat President Zuma like any other citizen and any litigant." It also called on the NPA to immediately begin the trial as "it always stated that it was ready" to try Zuma.

"Former President reiterates that he is more than ready for the commencement of the Arms deal trial."

Zuma, who ruled South Africa between 2009 and 2018, is facing several charges of racketeering, fraud, corruption and money laundering.

The charges are in connection with a controversial $2 billion arms deal with French defence firm Thales in 1999, when he was deputy president.

Zuma, 78, is accused of accepting $34,000 (500,000 rand) annually from Thales from 1999 in return for shielding the firm from an investigation into the agreement. He has denied all the allegations terming them a political witch hunt.

The charges were reinstituted in March 2018 a month after he was forced to resign from office following intense pressure from the ruling African National Congress (ANC).

The case against him had resumed in June following sustained efforts by the former leader to cancel or delay it.

(With input from Jacob Zuma Foundation)