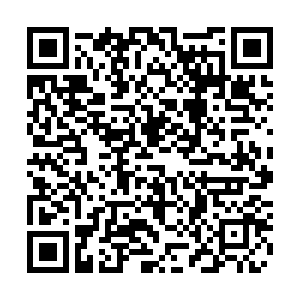 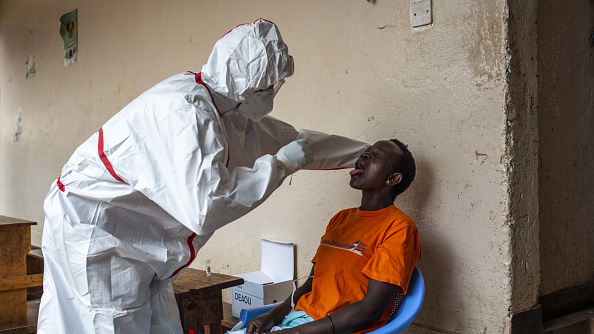 A health worker dressed in personal protective equipment (PPE) takes a nasopharyngeal swab sample from a resident during a Covid-19 testing drive in Nairobi, Kenya, on Tuesday, May 26, 2020. /Getty Images

A health worker dressed in personal protective equipment (PPE) takes a nasopharyngeal swab sample from a resident during a Covid-19 testing drive in Nairobi, Kenya, on Tuesday, May 26, 2020. /Getty Images

The Kenyan government said Tuesday it has ramped up interventions aimed at containing COVID-19 disease in the rural counties that have lately witnessed a spike in caseload.

Rashid Aman, chief administrative secretary in the Ministry of Health, said the country is not yet out of the woods yet despite low positivity rates in the capital Nairobi and the coastal city of Mombasa that were previously regarded as the pandemic's hotspots.

"While as we have witnessed the number of positive cases decline in Nairobi and Mombasa, some rural counties have recorded a spike and therefore we must continue to adhere to containment measures," Aman said at a briefing in Nairobi on Tuesday.

He said that positivity rates were below 5 percent in Nairobi and Mombasa as opposed to several rural counties that were recording more than 7 percent rate of infection.

Aman said that Kenya's ability to flatten the curve in the near future hinged on robust investment in COVID-19 mitigation measures in the rural counties.

"The communities living in rural and peri-urban counties should maintain social distancing, wear face masks and avoid large gatherings in order to minimize the risk of contracting COVID-19," said Aman.

He said that devolved units should partner with the central government to increase the number of hospital beds, boost their testing and contact tracing capacity, in order to avert an implosion in cases and fatalities.

Aman warned county governments against relaxing containment measures amid risk of a secondary and tertiary wave of infection that could overwhelm local healthcare infrastructure.

He said that a decline in COVID-19 cases countrywide that accelerated in mid-July, reaffirmed the effectiveness of containment measures that should be ramped up in the emerging rural hotspots.

According to Aman, eastern Kenyan counties of Machakos, Kitui and Meru had experienced a spike in infections while Busia County that borders Uganda had also emerged as a pandemic hotspot.

Kenya's COVID-19 caseload reached 35,356 on Tuesday after 151 patients including 77 women and 74 men tested positive to the disease.

No single death was reported in the last 24 hours and the national fatality tally remained at 599 while 173 patients recovered from the virus, raising the cumulative number of recoveries to 21,483.

"The rural counties were late in experiencing transmissions and therefore any efforts to suppress the virus and prevent a second wave of transmission should be channeled there," Gitahi said during an interview at a local television station